Seeing an unusual guest in the toilet, the woman decided that she had hallucinations

A resident of Stourbridge (England), who entered the toilet early in the morning, doubted her own mind and decided that she was hallucinating. 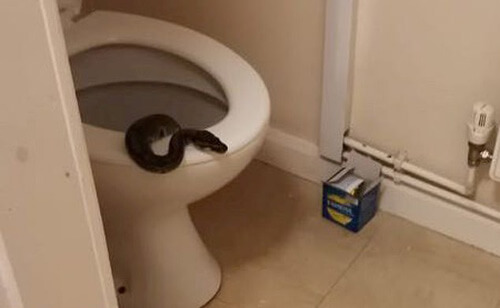 And the feelings of Laura Tranter are quite understandable, because she saw a guest in the toilet, which certainly should not have been there – a rather large python. After making sure that everything was in order with her eyes and psyche, and that the reptile, probably escaping from someone, really exists, Laura rushed to her neighbor for help, but she at first decided that our heroine had drunk too much. Now Laura chuckles, imagining how strange she looked at half past five in the morning, dressed in a robe and sneakers and talking about a snake in the toilet. 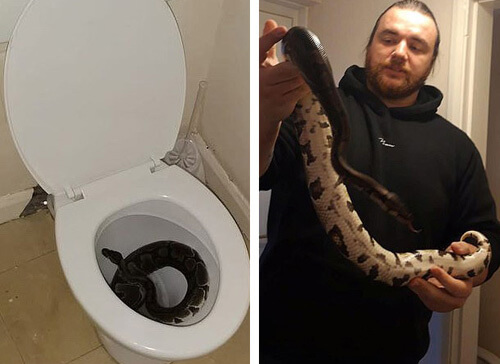 Finally, a neighbor believed her friend’s story and advised her to contact the Royal Society for the Protection of Animals, but a problem arose – they started working at seven in the morning. It was then that the landlord remembered about her brother’s friend, who is fond of snakes, reptiles, spiders and other exotic creatures. A man named Steve did not leave Laura in trouble and came to pull the python out of the toilet. The reptile, which was also stuck in the drain hole, had to be smeared with soap, after which it was released. And since the Royal Society for the Protection of Animals had already begun work by that time, the python was transferred to specialists.

Read also: A woman was scared to find a snake in the toilet