Security officials were sent to the employee of the Novosibirsk Research Institute, who informed the President of the Russian Federation about low salaries 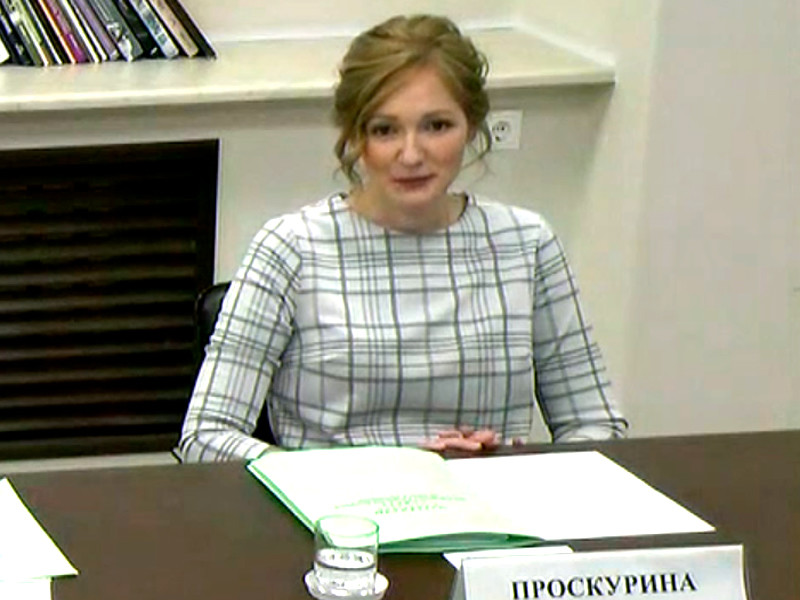 Investigators of the regional department of the Investigative Committee of Russia work at the Novosibirsk Institute of Cytology and Genetics of the SB RAS. In parallel, the research institutes and the governing structures of the Academgorodok are checked by the commission of the Ministry of Education and Science. This commotion arose after senior researcher of the institute Anastasia Proskurina at a meeting of the presidential Council on Science and Education said that, despite Vladimir Putin’s decree to bring scientists’ salaries to 200% of the regional average, she, working full-time, receives 25 thousand rubles, and with allowances – 32 thousand rubles.

Investigators seize accounting records and employment contracts of employees at the Research Institute of Cytology and Genetics (ICGG) and conduct lengthy face-to-face interviews with some employees. For about an hour they talked with Anastasia Proskurina herself and brought her to tears, writes Sibir.Realii.

“After you issued a decree on increasing salaries for research workers, we proposed to employees to move to part-time. That is, to report on the increase in salaries to the management. They justified this by the fact that there was a decree, but the budget was not increased, and the salary was As a result, it has not become any more, “Proskurina said to Russian President Vladimir Putin during a meeting of the Council for Science and Education, which was held in a teleconference mode.

She said that the salary for full-time work is only 25 thousand rubles, while, according to the presidential decrees in May, the salary should be around 80 thousand rubles. The President instructed Finance Minister Anton Siluanov and Head of the Ministry of Education and Science Valery Falkov to sort out the problems arising in the payment of salaries to research workers and present a report on the current situation.

Anastasia’s colleagues said that the investigators who later came to the institute were not at all interested in why scientific workers have low salaries, and why presidential decrees are not being implemented. The siloviki tried to find out “who taught” the scientist to make an unplanned statement. According to colleagues, after a conversation with the security forces, Anastasia Proskurina cried for a long time in her office.

“I just wanted the president to hear about this situation – he heard,” explains Anastasia Proskurina. “I wanted him to be aware of how people actually live, and not from reports with rigged numbers. He knew about our problems. and what worries us. “

Igor Prosanov, an employee of the Institute of Solid State Chemistry, SB RAS, says that Anastasia Proskurina has not revealed any secrets. “It seems that the information that the May decrees were carried out only on paper became a revelation exclusively for Vladimir Putin, or his surprise was well played out,” explained Igor Prosanov, Doctor of Physics and Mathematics. According to him, the practice of transferring scientists at half the rate to ensure the required reporting is common in almost all institutes of Akademgorodok.

He called the meeting of the Council for Science and Education a propaganda “television show”. “This is a profanation on the part of Putin. Everyone knows that this is a complete linden about the increase in wages. I think that we watched another TV show, which will not have any consequences. We just need to once again show our alleged concern for scientists,” Igor added Prosanov.

He admitted that he does not understand at all on what basis wages are calculated. “My rate was around 28 thousand, there were months when they paid just that way, sometimes more, but never reached the promised 80 thousand. The scheme is very muddy with the calculation of salaries,” Igor Prosanov said.

The Russian Federation has no money for science, and it is scary to take grants for scientists

Elena Pivovarova, an employee of the Institute of Cytology and Genetics, is sure that this “muddy scheme” could not have existed for years without the knowledge of officials and the president. “It’s such stupidity to say and believe that for Putin and his officials, the discrepancy between the salaries and the declared ones was unexpected,” explained Elena Pivovarova, Candidate of Biological Sciences.

Back in 2018, she launched a public campaign demanding an end to the forced transfer of part-time employees of scientific institutions in order to ensure the implementation of the May decrees. As a result, she succeeded in getting the trade union of scientific workers of the Siberian Branch of the Russian Academy of Sciences to apply to the territorial administration of the Federal Agency for Scientific Organizations with a demand to amend decree N 597, signed by Vladimir Putin in May 2012, since the money allocated by the federal center for the declared salary increase for scientists was clearly not enough.

“Since then, nothing has changed,” says Pivovarova. “Or rather, it got worse. We are told to earn money yourself with the help of grants, but considering what happens in terms of cooperation with foreign foundations, when we periodically hear about the affairs of” scientists – spies “, all these laws on foreign agents … I had the opportunity not so long ago to continue my research with the help of a European grant, but I refused. Because it’s scary. But the Russian state doesn’t have money for science.”

Meanwhile, at a meeting at the presidential residence in Novo-Ogaryovo, the head of the Ministry of Education and Science Valery Falkov accused Anastasia Proskurina of lying, saying that the average salary of a young scientist was more than 44 thousand rubles. After that, the ICIG management issued a press release, which said that “the average salaries of researchers in 2020: researchers (all) – 67214.5 rubles per month. Including: chief, leading and senior researchers – 86530 , 5 rubles per month; research workers, junior research workers – 53703.6 rubles per month “.

The size of the average salary in the ICIG, announced by the leadership of the institute, surprised ordinary employees, but after the visit of the security officials to the laboratory, the researchers began to refuse to communicate with journalists. Only on condition of anonymity, one of Sibir.Realii’s interlocutors said that none of his close colleagues received that kind of money. According to an employee of the institute, the numbers may consist of serious grant payments, which in research institutes have a few, but these amounts significantly exceed 200% of the average regional salary. Basically, the interlocutor added, we are talking about figures close to the leadership of a scientific institution.

“In principle, everyone can guess, thanks to whose income such an“ average temperature in the hospital ”arose. But I work here, and we were unofficially warned unambiguously, they say, it’s enough to wash dirty linen in public,” said an employee of the institute.

However, even the figures indicated in the official press release of the institute, in any case, do not reach the 200% promised by Putin of the average salary in the region (in the Novosibirsk region this figure is 39 thousand rubles), but the Russian president found an explanation. They say, in fact, the level of salaries of scientific workers is considered “not from the average in the economy” (what sounded in his own May decrees), but “from the average income from work.” “And this figure, as far as I understand, differs from the average for the economy,” Vladimir Putin said. The average monthly income from labor activity in the Novosibirsk region is 33.7 thousand rubles.

“Now half of the research workers will be cut, and the rest will be transferred to 0.25 rates. The Ministry of Finance will not give money to the Ministry of Education. And the institutes will be extreme. It is they who will be checked by the prosecutor’s office and the IC,” a senior researcher at the Institute of Economics and Organization predicts industrial production Olga Valieva. – Institutes are not the Central Bank. They do not have printing presses. But there is a grid with salaries from the Ministry of Education. And money from the Ministry of Finance for these salaries, and not a penny more. And there are also settlement centers in which all earned money under economic agreements. And which institutions cannot spend at their own discretion. Feudalism as it is. “

In August 2019, it was reported that the salaries of state employees, which fell under the May 2012 decrees of President Vladimir Putin, formally reach target values ​​for all categories of workers in only four regions of Russia in the first half of 2019. These are the Leningrad and Penza regions, the Altai Territory and the Chechen Republic. In all other Russian regions, the target indicators are not achieved at least for one of the 12 categories of public sector employees.

According to the May 2012 decrees, by 2018, the average salaries of teachers in educational institutions of various levels, social workers, junior and middle medical personnel were supposed to reach 100% of the average salaries in the region, and the salaries of doctors, university teachers and researchers – 200%. At the end of last year, only 16 regions were able to provide the specified ratio for all categories of workers. In the first half of 2019, the number of such regions became four times less.

Back in August 2018, RBC reported that in most Russian hospitals, Putin’s decrees simply could not be actually implemented, otherwise there would not be enough money to pay staff. If Putin’s May decrees were executed, the wage fund in every tenth hospital would run out or go into negative territory.