"Sechin special forces": editor-in-chief "Important stories" spoke about the long-term surveillance of journalists in the 2016 case 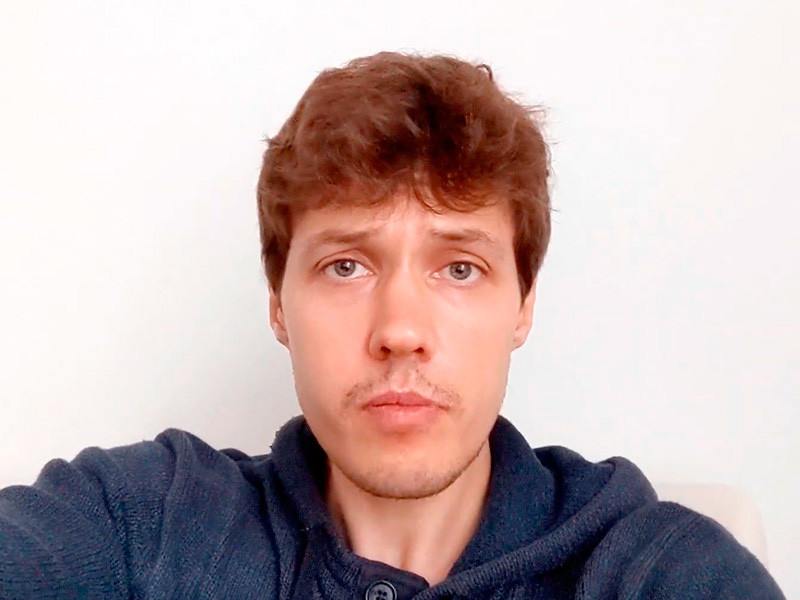 Editor-in-chief of the publication “Important stories” and a former journalist “Novaya Gazeta” Roman Anin revealed details about the 2016 criminal case, in which the security forces on April 9 searched in his apartment and then interrogated twice.

We are talking about the case, which was initiated at the personal statement of the wife of the head of Rosneft, Igor Sechin, Olga. It concerned Anin’s investigation in Novaya Gazeta about Sechina’s ties with the Princess Olga yacht, which was valued at nearly $ 150 million. In 2017, the couple divorced. Now Anin is in the case in the status of a witness, but he himself is sure that they want to make him accused of disclosing information about Sechina’s private life in connection with the publication of photographs of Olga Sechina taken on a yacht and published on her closed Instagram page. Anin could face up to four years in prison.

During interrogation on September 29, 2016, Olga Sechina said that she registered on Instagram around 2011, and after she married Igor Sechin, she closed access to her profile for persons who are not subscribers to her page. In total, about 400 users were subscribed to her Instagram profile then, whom Sechina, according to her, knew personally.

Despite the fact that the publication about the yacht in Novaya Gazeta was signed with Anin’s name, the investigators, judging by the case file, did not identify the author of the publication – in April 2017 Fedutinov decided to suspend the investigation of the case due to the fact that ” the person to be prosecuted has not been identified. ” According to Anin, this was done deliberately, since in this way the investigation obtained a legal opportunity to follow the journalist and his colleagues.

As Anin writes, at first the investigator Rodionchik gave instructions to the FSB “to monitor and record telephone and other conversations,” without specifying whose phones were to be tapped. In turn, investigator Fedutinov instructed “to obtain information about connections between subscribers and subscriber devices by subscriber numbers and devices used by R. A. Anina.” He also instructed “to establish and interrogate as witnesses OA Sechina subscribers (more than 400 people).” In 2017, when another period of preliminary investigation expired, Fedutinov obtained permission to access three e-mail boxes. It was Anin’s old box and the boxes of two of his colleagues in the investigation department of Novaya Gazeta, who had nothing to do with the text about the yacht. “But the Investigative Committee and the FSB used the case initiated at the request of Sechina to keep an eye not only on me, but also on other employees of Novaya Gazeta,” Anin said.

It follows from the materials of the case that the search in Anin’s apartment and in the office of Novaya Gazeta was planned to be carried out in 2017. Also, the investigator Fedutinov intended to interrogate the management of the publication, including the editor-in-chief Dmitry Muratov, but for some reason this was not done.

“Unable to find” the unidentified person of the author Roman Anin “by April 2017, investigator Fedutinov instructed the Internal Security Directorate (CSS) of the FSB of Russia” to continue the operational search measures aimed at identifying the perpetrators of this crime. ” The FSB has a legal opportunity to keep track of my colleagues and me all these years, “Anin writes.

At the end of March 2021, the deputy head of the Investigative Committee of Alexander Bastrykin, Eduard Kaburneev, withdrew the case from the Moscow administration and transferred it to the Main Investigative Directorate of the Investigative Committee of Russia. He explained this decision by the fact that “the investigation of this crime is particularly difficult.” The case was handed over to investigator Alexander Neryupov, who searched Anin’s house on 9 April. Before that, Neryupov sent an order to carry out operational-search measures (ORM) to the head of the FSB of the FSB of Russia, Alexei Vertyashkin, in which he asked to find unidentified persons who published Sechina’s photos. Almost immediately, Neryupov received a certificate on the results of ORM with all the data on Anin, his girlfriend and parents.

The file indicates that Anin is being developed by the Sixth Service of the FSB’s Internal Security Directorate. The official task of this service is to provide state protection to witnesses in criminal cases, but the unofficial powers of the unit are almost unlimited, it is considered one of the most influential in the FSB, and the media used to called Sixth service by the “Sechin special forces”. For some time, this unit was headed by General Oleg Feoktistov, close to Igor Sechin, who then became deputy head of the FSB’s CSS, and after leaving the authorities in 2017, briefly headed the security service of Rosneft.

Anin suggested that the decision to reopen the investigation after so many years, taking into account Sechin’s divorce from his wife, is connected with the recent publication of “Important Stories”, which described how Rosneft bought a stake in the Italian tire giant Pirelli. In early March, the oil company filed a lawsuit for this article, and three weeks later, the IC leadership resumed the preliminary investigation into the publication of Olga Sechina’s photographs. Anin believes that in this way the security forces want to intimidate him and gain access to electronic devices in order to find out his sources.