A huge sea monster, whose length reached 4.3 meters, was thrown onto the beach in Cape Town (South Africa). 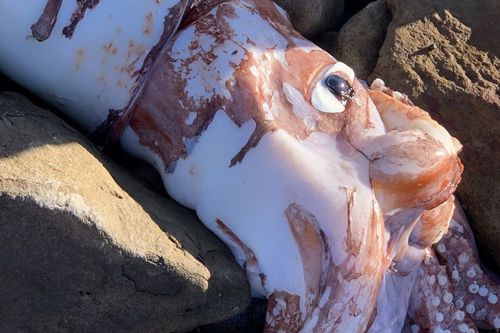 The find surprised scientists, who have long been interested in such strange creatures as giant squids. Mike Vecchione, an invertebrate zoologist with the National Oceanic and Atmospheric Administration, is confident that it was a real giant squid that ended up on the shore, and not at all a large specimen of an ordinary squid. Of course, the creature looked outlandish – what were the dinner plate-sized eyes alone worth. 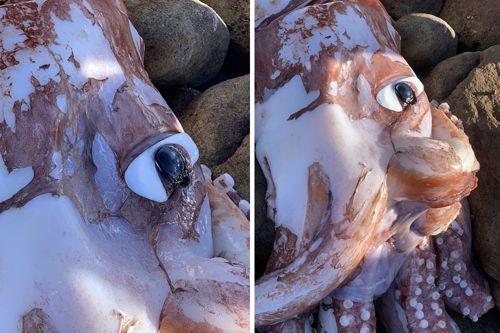 Now the experts have to figure out how the creature met its end. Most of the squid’s skin was peeled off, and some of the tentacles came off. This damage may be the result of the squid being stranded on a rocky shore. But there is also an opinion that the poor fellow dared to swim in shallow water in search of food and was fatally injured by a ship’s propeller.

Injured giant squid washed up on the beach