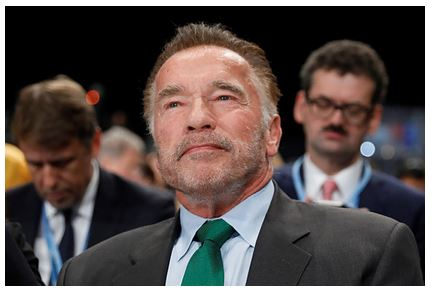 The Terminator, former Governor of California Arnold Schwarzenegger, urged humanity to reduce the consumption of one product in order to reduce carbon emissions. This product is meat, the celebrity said in an interview with the BBC.

Schwarzenegger said that over the past few years, he has cut the amount of meat in his diet by three quarters, while increasing the consumption of vegetables and plant foods. Such nutrition has a positive effect not only on the environment, but also on human health.

The actor also urged people to buy more products that are produced or grown on the territory of their immediate residence, since a large amount of harmful emissions is emitted during the delivery of goods by sea vessels. “Buy local produce. By ordering something from abroad, you are damaging the environment. This is the worst thing you can do, ”said Schwarzenegger. The actor is going to take part in the world climate conference in Glasgow in November.

At the end of October, the Changing Markets Foundation published a rating of meat and dairy producers most indifferent to the issue of methane emissions and global warming. The worst meat and dairy corporations were the French companies Groupe Bigard and Lactalis, as well as the Japanese Itoham. The fund recalled that the agricultural sector is one of the main sources of methane emissions. In turn, methane, which is also released during the decomposition of manure, enhances the greenhouse effect, causing an increase in global temperature.