Sberbank began using solar energy in two of its branches 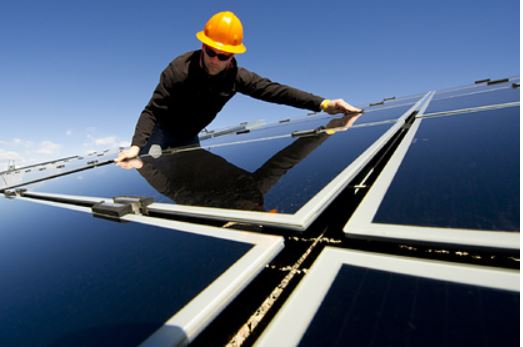 Sberbank branches in the Astrakhan region – in Narimanov and Astrakhan itself – began to partially use solar energy obtained from power plants installed on the roofs of the bank’s sales and service offices. This was reported to “Lente.ru” in the press service of Sberbank.

The equipment consists of a solar module and a grid inverter. A total of 48 solar panels with an area of ​​96 square meters are installed in both offices. All the energy they generate in the daytime is directed to the local network of buildings, thereby reducing the consumption of electricity from the external electrical network. Autonomous equipment makes it possible to generate a total of 2,300 kilowatt-hours per month and thereby cover more than 20 percent of the electricity needs of the two offices.

“Sberbank has made an exclusive commitment for Russia to become carbon neutral in its operations by 2030. This will be achieved, among other things, through the transfer of our offices to renewable energy sources. Several of our offices are already fully powered by green energy purchased from the market. In the Astrakhan Region, we are conducting a fundamentally new experiment – there our electricity needs are partially covered by our own generation. If this pilot project turns out to be successful, we will replicate it to our other branches not only in the Astrakhan region, but also in other Russian regions with a large number of sunny days a year, ”said Alexander Vedyakhin, First Deputy Chairman of the Board of Sberbank.

Sberbank entered the Renewable Energy Development Association. Sberbank’s financing of renewable energy projects exceeded 74 billion rubles. The bank’s loans were used to commission solar power plants in the Stavropol Territory, Bashkortostan, Volgograd and Samara regions with a total volume of more than 300 megawatts, and wind power plants in the Rostov region with a capacity of 150 megawatts. Under construction – the Kola wind farm in the Murmansk region with a capacity of 200 megawatts, which will become the largest renewable energy facility in the Arctic Circle.

According to the UN, countries and corporations around the world plan to introduce renewable energy sources (excluding hydropower) with a total capacity of 826 gigawatts by 2030, which will cost about one trillion dollars. The International Energy Agency predicts that by 2050, almost 90 percent of global electricity production will come from renewable sources, including almost 70 percent from solar and wind energy.