Sati Casanova told how she mocked colleagues in the Fabrike group 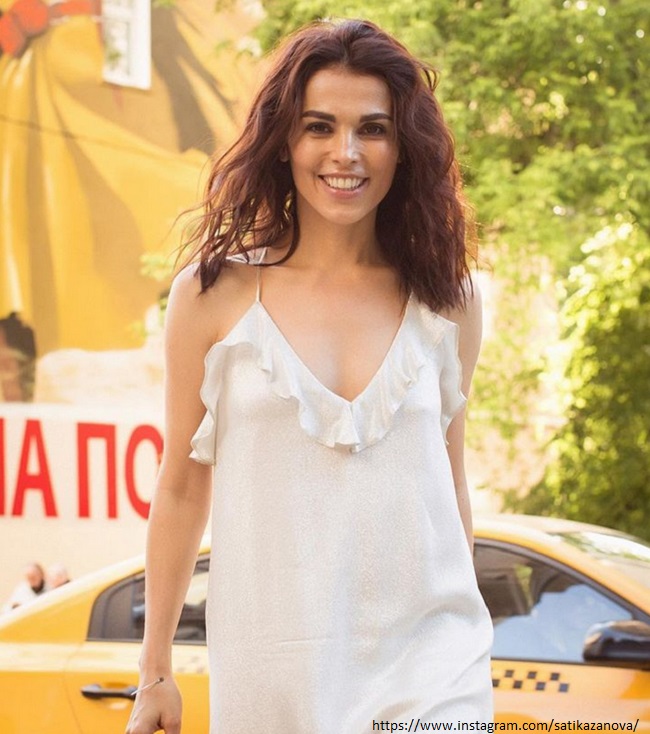 Singer Sati Casanova admitted that she could not imagine how selfish she was.

Sati performed in the “Factory” for almost eight years. The artist admits: she was simply unbearable at that time for both outsiders and colleagues. The group partner Irina Toneva helped the star to realize her spoiledness. The blonde expressed everything she thought about Casanova’s behavior and put her in her place.

Recently, 38-year-old Sati Casanova put an end to her career as a pop singer and became seriously interested in non-commercial music. The star is also engaged in spiritual practices, yoga and tries to control emotions in order, as she put it, to ecologically release her crap.

But during her performance at the “Factory” the artist could not boast of a high degree of awareness. The brunette admitted that she was a real bitch who threw tantrums for any reason. The rest of the group especially suffered from such antics, until the patience of one of them finally burst out. Irina Toneva decided to express everything to the brawler in the face.

“I did not realize my selfishness, – she confessed with Nadezhda Sagittarius. – That incident with Irisha was a cry from the heart. I was stunned by how monstrously I mocked people. I looked at her and could not believe my ears. She just fought in hysterics, sobbed and said: “You already got it! This is no longer possible. ” The last straw was the moment when we were composing the program for the next concert and Savelyeva said: “Let’s get this song.” I objected: “No, we will not. You want – you and sing. ” Is this permissible? I allowed myself terrible things that I didn’t realize. Sasha took her feet, she is the most non-conflict person. And Ira continued: “Do you understand that you are simply destroying us like this? It hurts! We are people! We respect you, why are you not with us? ” She said mature and obvious things. I listened to her and cried too. With her every word something fell from me, and I realized that I was some kind of monster“.

According to Casanova, the toughness in her was brought up because of the conditions in which she grew up. Indeed, unlike the metropolitan Savelyeva and Toneva, who were treated kindly by their parents, she had to find independence early. “I was the eldest in the family, and the younger ones were literally thrown off me. I had to watch them, wash them, feed them, clean up after them … It was all hard. I even seem to have moved a little. My husband laughs at me because when I see a sock thrown by him in the wrong place, I get a nervous tic“, – shared the singer in the show” Sagittarius-good fellow “.