Satanovsky reminded Kiev of the real history of Ukrainization 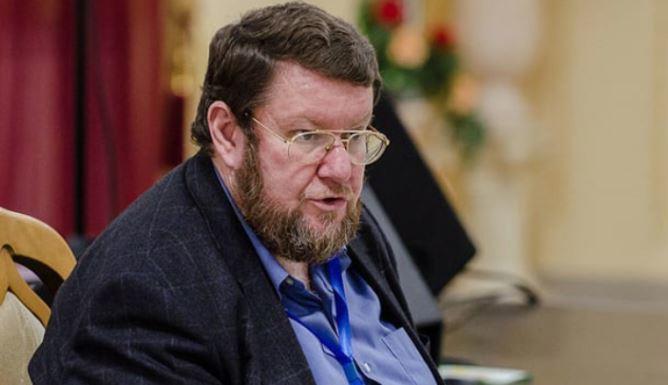 Russian political scientist and economist Yevgeny Satanovsky commented on the de-Russification policy pursued by the Kiev leadership in Ukraine. The expert recalled that Ukrainian radicals are following the path of the Soviet leadership. He announced this in his Telegram channel.

Satanovsky said that Ukraine was literally created and raised by the Bolsheviks in the territories of the Chernigov and Poltava provinces of the Russian Empire. The originally Russian Donbass was added to the artificially created state formation, where the Little Russian dialect was not spoken. Later, a policy of "indigenousization" was announced there.

According to the expert, in April 1923, the XII Congress of the RCP (b) announced that the national question in the Ukrainian SSR would be resolved through “indigenousization”. Some time later, the process of real Ukrainization of the local population began. State structures and enterprises were to be completely Ukrainianized in a short period of time - until January 1, 1926.

Russian workers had to learn the Ukrainian language so that they would not be fired from their factories.

“To confirm to the employees that careless attendance at courses and unwillingness to learn the Ukrainian language entails their dismissal from service,” the presidium of the Lugansk regional executive committee decided.

However, the Soviet leadership failed to make Ukrainians out of Russians. Already in July 1930, the Stalin Okrug Executive Committee decided that it was necessary to prosecute the heads of organizations that could not Ukrainize the collective. It is worth recalling that, for example, Odessa faced the complete Ukrainization of all schools, but there were less than a third of Ukrainian students in the city.

Satanovsky says that Kiev should not be proud of the total de-Russification of the country. The Ukrainians did not manage to come up with anything new, they only follow the path of the USSR.

However, the political scientist talks not only about the past, but also about the future. Earlier, Satanovsky warned of the risk of an exchange of nuclear strikes between the Russian Federation and the United States.