Satanovsky compared the United States to an “aggressive biting dog” 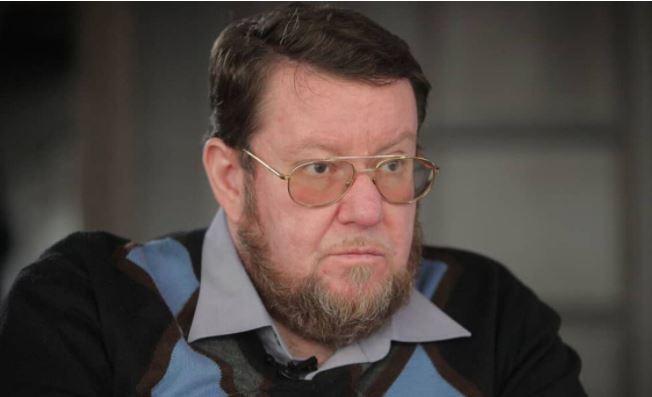 The US is an "aggressive biting dog" that must be trained. This was stated by the Russian political scientist Yevgeny Satanovsky.

Earlier, the German newspaper Die Zeit reported that Berlin had offered to spend $ 1.2 billion on the construction of two LNG terminals in Germany to persuade the United States to abandon the imposition of sanctions on the Nord Stream 2 project.

Satanovsky noted that concessions from Berlin will not be able to protect the Russian project from the United States, since Washington is accustomed to acting with "robber" methods, which means that it is in this vein that it is necessary to build relations with the Americans.

“America must be trained. It's too late to bring up - almost three hundred years of history behind us. And they all have it. Whoever they could, they beat, whoever they could, robbed, whoever they could, intimidated. Only strength, arrogance and aggression are respected. They understand this. Everything else is not. The Empire of Evil, "Satanovsky wrote in his Telegram channel.

He also added that the current situation indicates the inevitability of an armed conflict between Moscow and Washington, so Russia needs to use training methods in relations with the United States.

Within the framework of the Nord Stream 2 project, two pipelines from Russia to Germany will be built. Germany and most of the EU countries support the project, but the US and several European countries oppose the construction.

In addition, several US senators sent a letter to the leadership of the German port "Mukran". US politicians have warned that providing logistical support to the builders of Nord Stream 2 is putting the port of Mukran at risk of US sanctions.