Satanovsky came up with a punishment for the West, which prevents the completion of the SP-2 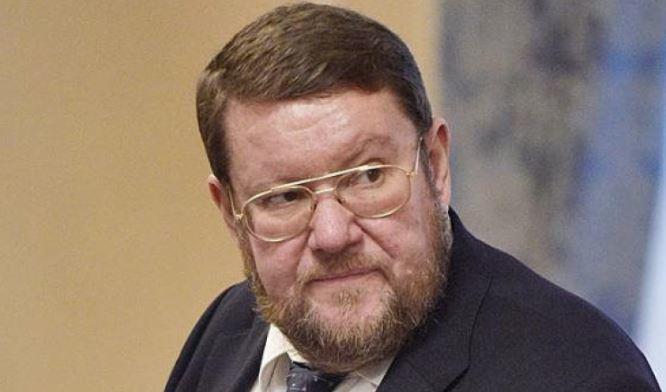 The West will face tough retaliatory measures from Russia if it brings Moscow to a "hot phase", political scientist Yevgeny Satanovsky wrote on his Telegram channel.

The Polish antimonopoly regulator - the Office for the Protection of Competition and Consumers (UOKiK) - fined the Russian company Gazprom and its partners for the construction of the Nord Stream 2 gas pipeline. Gazprom was fined $ 7.6 billion, Engie, Uniper, Wintershall, OMV and Shell must pay $ 61 million each. They also have to break off the agreements on financing the construction of the gas pipeline within a month.

The political scientist drew attention to the growth of anti-Russian sentiments emerging through attempts to interfere with the construction of Nord Stream 2. The expert stressed that it is necessary to fight with them in the most decisive way.

“Taking into account the prohibitively impudent run over of Poland on Gazprom, from which they intend to rip off crazy billions (not zloty and not rubles), can it finally be possible to end both these disgusting countries for this money? And, at the same time, with a small three-headed snake - the Baltic states and Ukraine, slamming along the way everything and everyone to whom we owe a lot? " - said Satanovsky.

In his opinion, this will be a fair punishment for all attacks, statements and blackmail against Russia. Satanovsky added that there should not be those in Europe who want to play such a game against the Russian Federation.