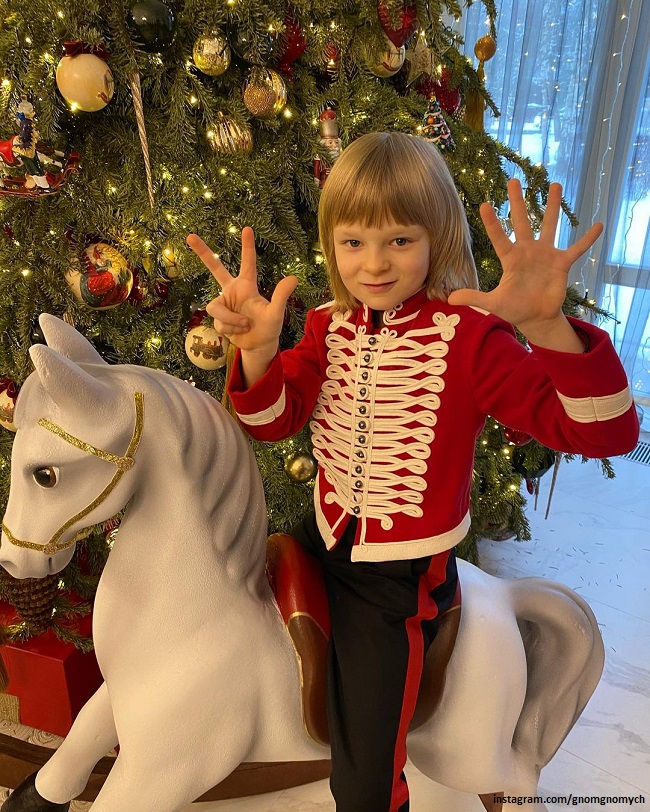 The son of producer Yana Rudkovskaya and figure skater Evgeni Plushenko, Sasha turned 8 years old the day before. The parents organized a grandiose celebration for the birthday man at the rink with the participation of huge transformers, dinosaurs and Ninja turtles.

On the eve of January 6, Sasha Plushenko turned eight years old. By this age, the son of the champion figure skater Evgeni Plushenko and producer Yana Rudkovskaya became one of the world’s most famous young figure skaters in men’s single skating and one of the wealthiest children who earned millions of their own labor.

Just a year or two ago, the haters of the Rudkovskaya and Plushenko family relished every failure of the young athlete, “explaining” them with the strict requirements that parents make to a little boy. But in 2020, Sasha dramatically increased his growth, and the most difficult elements of figure skating became available to him. And it turned out that the parents’ dream of their son becoming a champion has every chance of success. It was not in vain that Yana assured that Sasha works in the sweat of his brow not because his parents demand it, but because he wants it himself.

Rudkovskaya shared photographs where Sasha is in the living room on a horse, alone and with her. Moreover, he is dressed up in a Nutcracker costume, and his mother is standing nearby in modest home clothes. As if emphasizing that today is primarily his holiday, and in every sense he is on a horse.

Parents arranged a grandiose celebration for Sasha right at the rink with the participation of all his favorite characters. Photos and videos from the holiday are published in the birthday person’s account.

“Thank you all for your congratulations ! For a magical holiday on ice! I dreamed of seeing my favorite heroes and they all came to me! Dinosaurs – hit the fall! 🎉🎈 Thanks to all my friends for the sea 🎁! I’m happy !”, Shared his emotions Sasha Plushenko.

In the account of Plushenko’s figure skating academy, a video appeared showing numerous gifts for the boy.

By the way, over the past year, the birthday man has a couple of new “achievements” that were not there before. First, on September 1, 2020, Sasha became a schoolboy. And secondly, he became an older brother. On October 1, 2020, Yana Rudkovskaya announced on social networks the birth of Arseny Plushenko, a surrogate mother gave birth to the boy.