Russian wine will rise in price by a quarter

Our newspaper has already reported that in June 2020, the law on viticulture and winemaking came into force, which prohibited the use of imported raw materials.

Oddly enough, but such a measure may become one of the reasons for the noticeable rise in prices for these popular drinks.

A real grape boom is taking place in the south of the country. Even those berry varieties that none of the wine producers used to buy are now much more expensive. In Crimea, the price jumped from 60 to 200 rubles per kilogram. In the Krasnodar Territory, the same products have risen in price from 60-70 to 100 rubles …

The reason for this cataclysm was the law on viticulture and winemaking, which came into force in June last year. MN has already reported that he managed to become the cause of a big scandal. According to this document, French champagne can now only be labeled as sparkling wine, which caused bewilderment among French producers and protest from many specialists from Russia. But there is one more detail in the new law: it prohibits the use of imported raw materials in the production of Russian drinks. That is why winemakers from all over the country rushed to buy domestic raw materials, which, as luck would have it, were not enough. Fuel to the fire was also added by the fact that the weather in spring was clearly not successful, which means that a large harvest should not be expected. All this will inevitably affect the cost of the finished drink. According to the most optimistic forecasts, a liter will now have to pay 25% more.

Such a force majeure situation unexpectedly revealed many problems of domestic winemaking. Even in Crimea, there are not enough high-quality seedlings to grow this berry for their own production. Many winemakers have come to the need for their own plantations: none of them wants to depend on the insane rise in raw material prices. The largest growers today buy seedlings from France. “Their price is more or less stable and tied to the euro rate,” explained industry representatives. At the same time, none of the businessmen expects a good life. It is assumed that the need to expand the area for vineyards will lead to an increase in costs, as well as debt to banks, at least by 10-12% per year. Accordingly, prices for the finished product will also rise.

Meanwhile, the Ministry of Agriculture believes that the adoption of the law will ultimately lead to a decrease in prices for domestic wine. And today’s rise in prices is simply a favorable factor for the inflow of investments into the industry. “As the market is saturated with domestic raw materials and the competition between producers increases, the cost of grapes and wine products is expected to decrease,” the ministry said in a press release.

The Russian government agreed to allow from January 1, 2022, the online sale of the products of domestic winemakers through the Russian Post.

Let us remind you that it is now prohibited to trade in alcohol via the Internet. But in April, President Vladimir Putin instructed to develop and conduct an experiment in which the mechanism of this kind of sales would be worked out.

In the opinion of the winemakers themselves, this would be an effective measure capable of keeping small enterprises from bankruptcy and closure in the first place. “The main idea is for the authorities to grant the right to trade wine via the Internet only to producers, and not to shops and distributors. We also offered to sell wine at a price of 700 rubles with delivery only by Russian Post and upon presentation of a passport, ”said Alexey Lipko, head of the Sevastopol Winegrowers and Winemakers Association. He believes that large manufacturers who work with retail chains are not interested in this. “You will not sell 8-10 million bottles on the Internet. But for small factories, this would be a salvation. Producers could sell 50-100 thousand bottles of quality wine themselves, ”Lipko said. 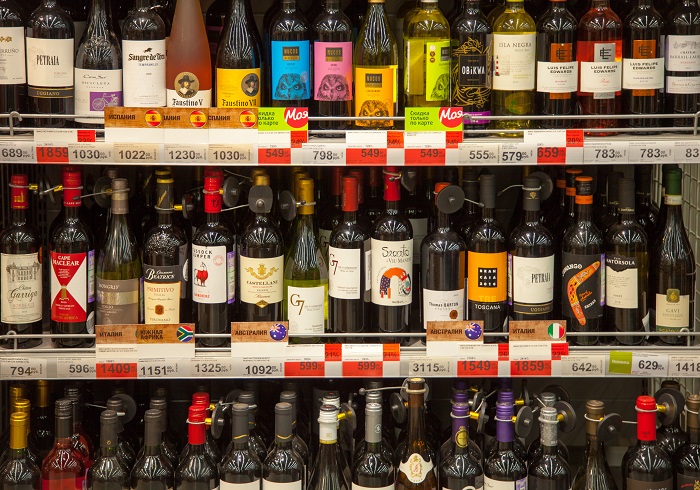 Opponents of the innovation consider the venture a failure. First, the Russian Post will hardly be able to deliver the goods promptly. “Finally, Russians will start drinking wine that has matured in time,” the jokers note on the Web. It will also be difficult to comply with storage and transportation conditions. A separate difficulty is the determination of the age of the buyer. Delivery to checkpoints practically excludes the verification of passport data. Even delivery by courier has its own legal loophole: the goods are formally issued by mail to an adult employee, and the courier himself has no right to ask the buyer to show his identity card.

Meanwhile, from the new year, online trade in domestic alcohol will begin in the Moscow region and in Mordovia. Based on the results of this experiment, it will become clear whether such a practice will be introduced throughout the country.