The Russian people was formed from the united East Slavic tribes, its history can be traced from the first half of the 9th century. Many cultural features of this nation are similar to other European nations, especially Belarusians and Ukrainians. Ancient Russian traditions are a hybrid of Christian and pagan customs. Today, even people who are far from religion observe many of these traditions, ranging from the calendar of holidays to ritual rituals related to marriage, the birth of children and the commemoration of the dead. 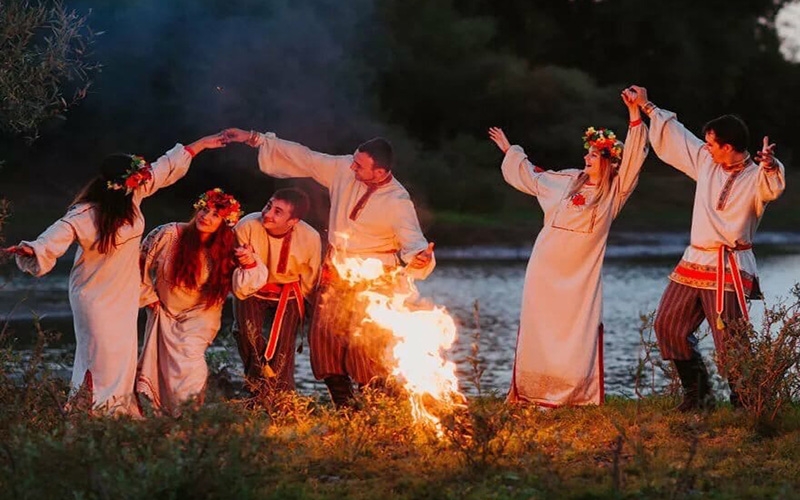 Most of the holiday traditions of the Russian people are associated with the dates of the Orthodox calendar and the periods of beginning or completion of field work, some ancient rituals and customs have been preserved since pagan times.

The main Russian folk holidays include: 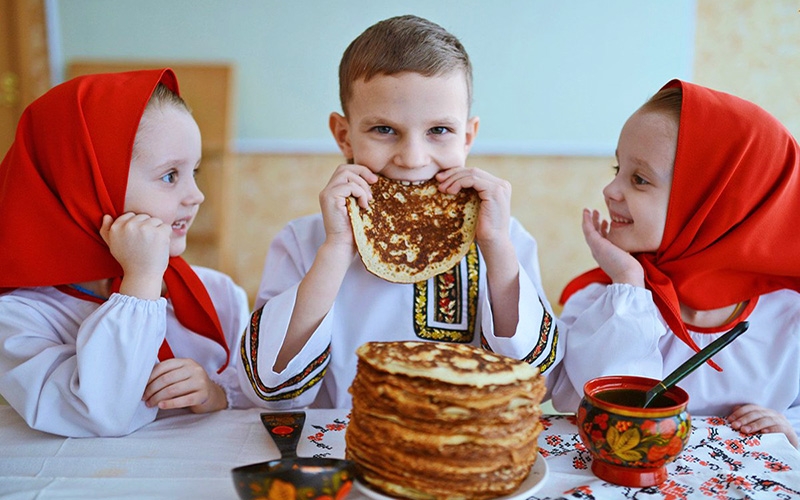 A large number of Russian folk customs are associated with the creation of a family and the appearance of children in it. Some of the rites have been preserved since the times of paganism, after the Baptism of Russia new ones were added to them.

Russian wedding traditions include many interesting rituals and rituals. The first one is marriage. A representative of the groom’s parents come to the house of the bride’s parents and offer to marry her to their “candidate”. If consent is obtained, the bride’s bride is held, the purpose of which is to assess her physical and moral virtues. After the bride, with the mutual consent of the parents of the bride and groom, an engagement is announced.

The last evening before the wedding, the future newlyweds, as usual, spend with friends: the bride gathers her girlfriends for gatherings, and the groom arranges a bachelor party with his single friends. The wedding day begins with the ransom of the bride. Today it is a symbolic ritual – paying a price for relatives and bridesmaids to allow her to go out to her lover. 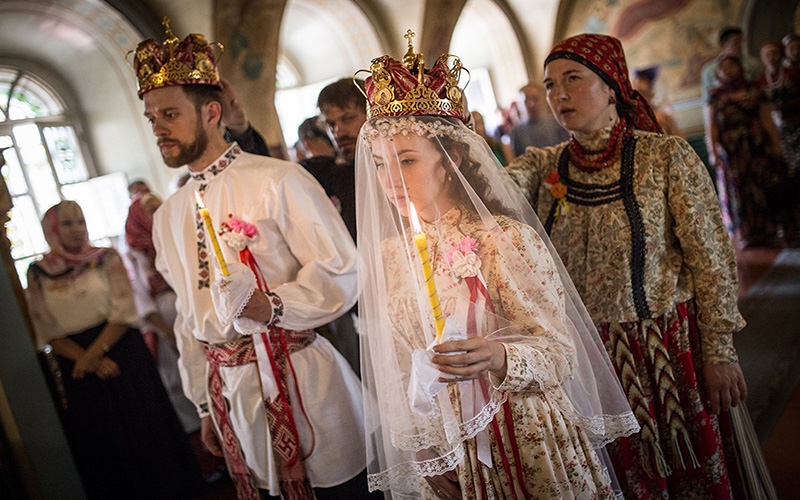 Then comes the most important moment – the young people go through the wedding ceremony in the church, the priest conducts it. This beautiful and touching ritual got its name from the fact that during it, crowns are held over the heads of the newlyweds. For the official registration of marriage, the young go to the registry office, and the bride and groom must arrive there in different cars. After the newlyweds have become husband and wife, all the guests are sent to the wedding feast.

Among the Russians, traditional rites accompanied people from the very cradle. If a boy was born in the family, the umbilical cord was cut on the handle of an ax, and if a girl, on a spindle. It was necessary to tie the umbilical cord with a thread woven with the hair of the baby’s parents. In order for the newborn to sleep well, a piece of aspen bark was placed in his crib or a cat was allowed in. It was believed that aspen bark has healing properties that protect against diseases, and the “psychotherapeutic” abilities of cats have been known since antiquity.

With the advent of Christianity, the rite of baptism of children was introduced into the traditions of the Russian people. When it is performed, the clergyman, with the reading of prayers, dips the baby three times in the water of the holy font. According to church canons, the godparents of the baby, as well as everyone who wishes, except for the relatives of the mother and father, can be present at the rite of baptism. The ritual can be performed both in church and at home; according to tradition, the baby is baptized on the third, eighth or fortieth day after birth. 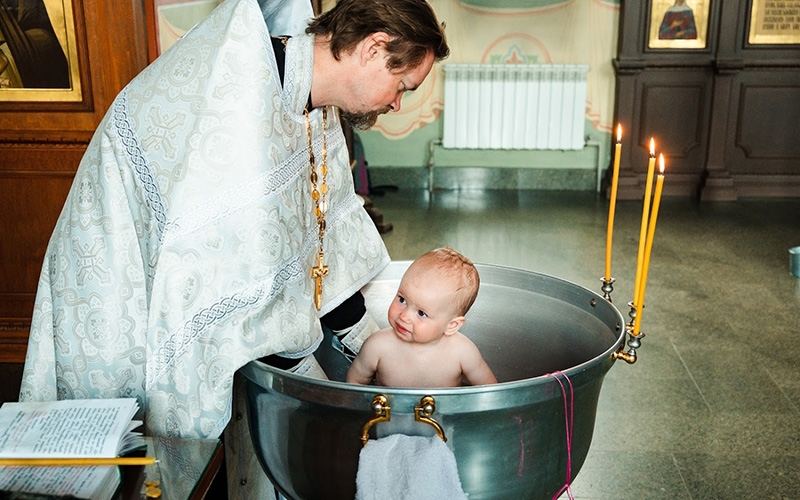 Rites associated with the commemoration of the dead

According to Russian traditions and customs, it is customary to commemorate dead ancestors on Radonitsa, which is celebrated a week after Easter, and also on the eve of major church holidays: Maslenitsa, Trinity, Intercession. On such days, people visit cemeteries, arrange funeral dinners at home.

On memorial days, the ancient Russians laid tables for the spirits of the dead, heated a bathhouse especially for them. The dead were respected and their wrath feared. So that the dead could not get into the house, it was sprinkled around with poppy seeds, which, according to legend, the dead are afraid of. 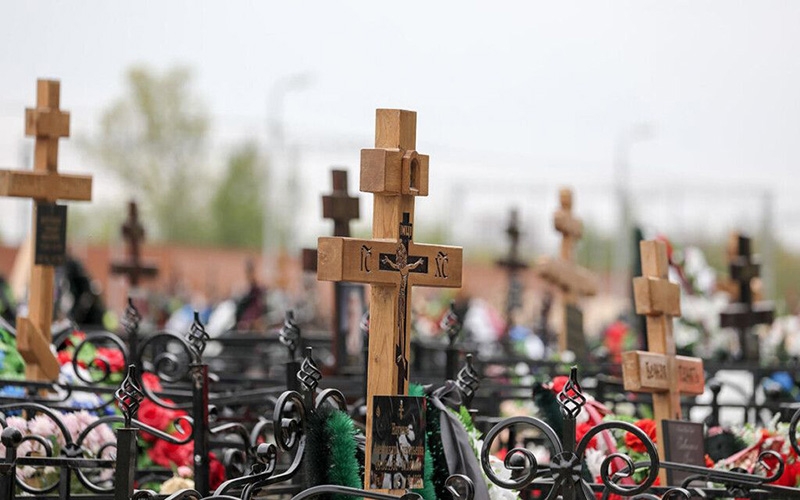 Folk crafts serve as one of the important manifestations of the authenticity of the nation. Of the ancient Russian folk traditions, such unique crafts as lace-making, artistic painting, wood carving, and pottery have been preserved and are successfully developing.

World-famous Yelets lace, which is woven with the help of special wooden spools, has repeatedly received awards at international competitions, samples of Russian lace makers are kept in Russian and foreign museums of folk art. 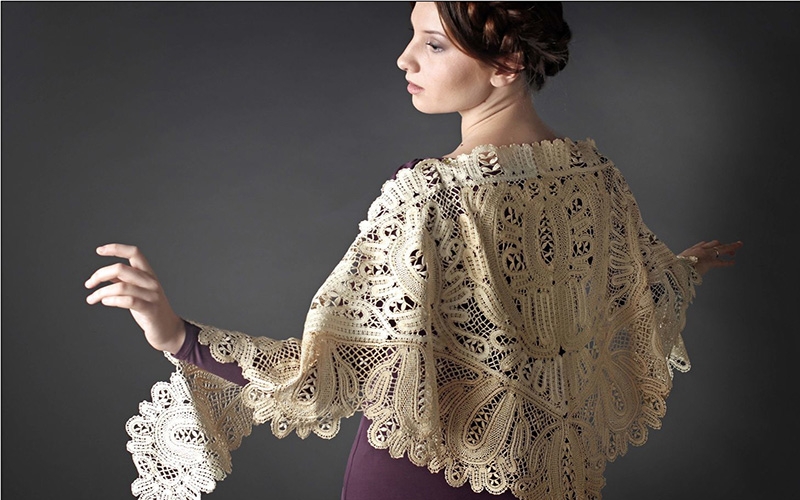 A special place in Russian folk crafts is occupied by artistic painting: 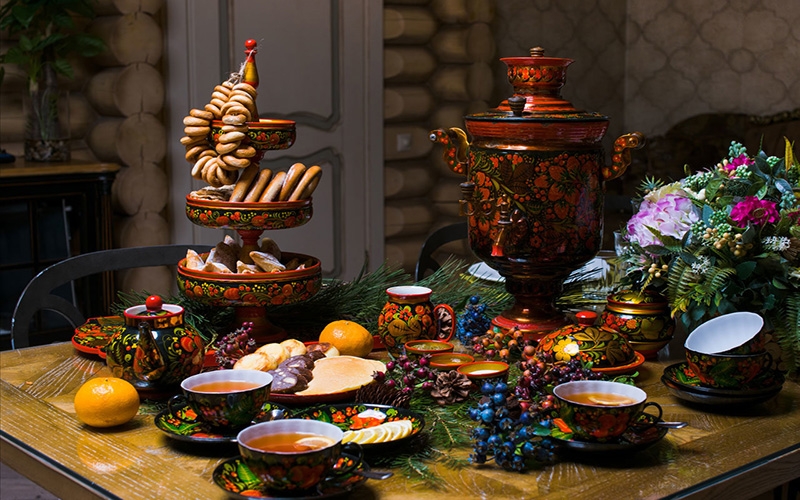 One of the crafts that has been preserved in modern Russian traditions is the manufacture of unique, unparalleled in the world, stylized toys: Dymkovo, Romanov, Filimonov. These are whistles painted with bright colors, various figurines depicting gallant officers in uniforms, smart ladies, fantastic animals and birds, flowers, etc. They are made of clay or wood, each type of toy is distinguished by a palette of colors and a painting style.

Many characteristic features of the traditional cuisine of the Russian people can be explained by the natural conditions of the places of residence: in it you can find a huge variety of soups and cereals, pickled and salty dishes, game food. Russian cuisine is one of the most popular in the world, as it is distinguished by its wonderful taste and versatility. 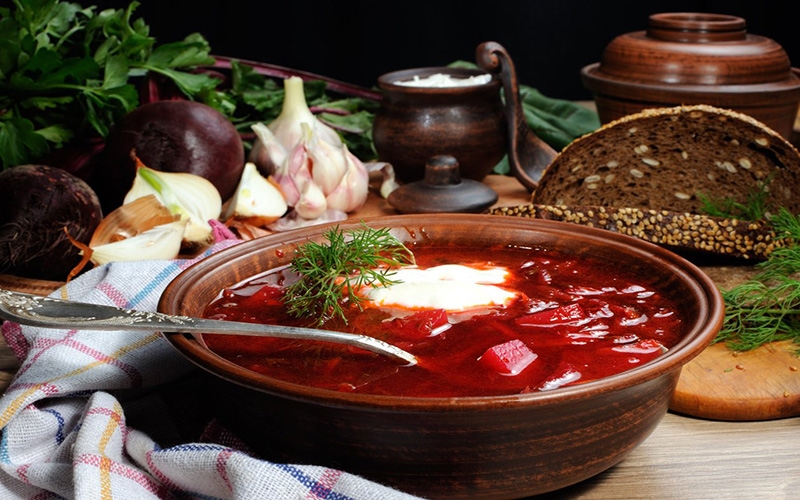