The cessation of hostilities in the Donbass is impossible because it will not suit Washington, said Major General Sergei Lipovoy. According to him, no matter what the President of Ukraine Volodymyr Zelenskyy says, he does not have free will.

If Vladimir Zelensky wants to end the conflict that has been going on for the seventh year, let him withdraw the troops from the contact line, said the head of the presidium of the All-Russian organization "Officers of Russia", Major General Sergei Lipovoy. So he commented on the statement of the Ukrainian leader about his readiness to leave office if he fails to achieve peace in Donbass.

According to Lipovoy, residents of the long-suffering region do not care who the president of Ukraine is, the main thing is that he stops the war. "The Minsk agreements are not as difficult to implement as Mr. Zelensky is trying to show. Ukraine has already lost the Donbass, and there is nothing to be done about it - the train has left. The ongoing hostilities in the region only strengthen its residents in the correctness of the decision. Nobody needs a country. easily sending some of its citizens to kill others who belong to her, "Lipovoy noted.

The Major General stressed that there is no military solution to the conflict in Donbass, the parties only need to negotiate. "But it seems that it is impossible for Ukraine to make such a decision now, because it will not suit its" owners "from across the ocean," the general said in a comment for "Days.ru".

Lipovoy stated that Zelensky does not have free will on the Donbass issue. "As long as he looks into the mouth of the United States, the war will continue simply because this is the price of" disinterested friendship "with the West," the expert concluded. 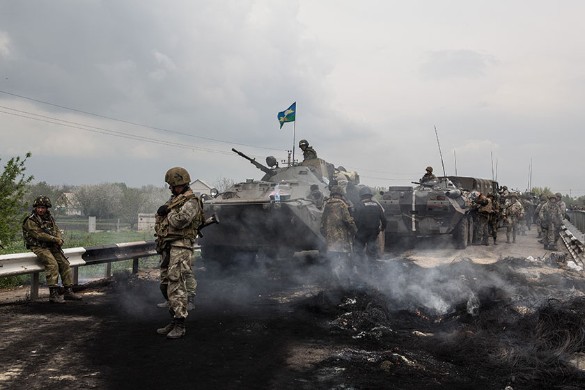 Earlier in an interview with the BBC, Volodymyr Zelenskyy said that if he cannot bring peace to Donbass, then Ukraine must have a different leader. According to him, he himself does not hold on to the position.

A peace treaty should be concluded with Russia regarding Crimea and Donbass, Zelensky said. The Kremlin supported the intention to end the war in eastern Ukraine, but indicated that the problem of Crimea does not exist.