Russian business will be allocated grants for almost 40 billion rubles 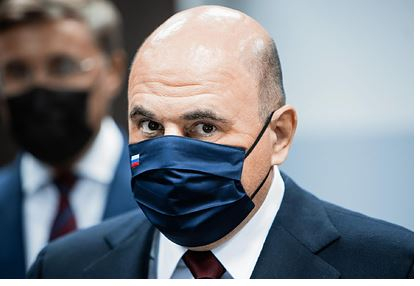 Almost 40 billion rubles will be allocated for one-time grants to representatives of small businesses and social non-profit organizations (NPOs) during the pandemic. This was announced by Russian Prime Minister Mikhail Mishustin, writes TASS

According to him, we are talking about the amount of 38.5 billion rubles, support will be provided to about 3 million people. The prime minister also said that a draft has been prepared on payments in the amount of one minimum wage for each person employed in these sectors.

At an operational meeting with his deputies, the head of the Cabinet of Ministers recalled that President Vladimir Putin had previously approved proposals to support business in the face of an increase in the incidence of coronavirus. The task of the authorities is not only to help preserve jobs, “but also to provide an opportunity to quickly restore momentum after a new wave of [пандемии] will decline. ” According to him, the draft resolution deals with small and medium-sized enterprises and socially oriented NGOs from among the industries most affected by the pandemic.

Press Secretary of the Russian President Dmitry Peskov, in turn, stressed on October 25 that against the backdrop of the coronavirus pandemic, all measures to support citizens and businesses are working, and now there are enough of them. He noted that the situation will be closely monitored in the future.