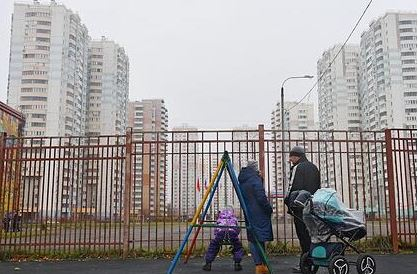 Russian banks began to revise the terms of mortgage programs after a sharp increase in the key rate by the Central Bank in late October. RBC writes about it.

Rosselkhozbank and Metallinvestbank were among the first to react to the tightening of the monetary policy of the Central Bank – the cost of servicing housing loans increased by 0.4 and 0.5 percentage points, respectively. Sovcombank, Transcapitalbank (TKB) and Ak Bars also plan to raise rates from November 1.

In addition, in the first week of November, the terms of the main mortgage programs will be reviewed by MTS Bank. “The rate increase will affect mortgage programs for new buildings and real estate in the secondary market, as well as mortgage refinancing,” explained Tatyana Akramova, head of mortgage products.

Also, by the middle of the month, Absolut Bank intends to change the terms of mortgage lending. “We plan to raise rates on our standard mortgage products by 0.5 percentage points. The increase will not affect programs with state support, ”said Anton Pavlov, deputy chairman of the board.

On October 22, the Central Bank sharply raised the key rate by 0.75 percentage points – up to 7.5 percent per annum. According to the Central Bank, inflation is currently developing significantly higher than the forecast and by the end of the year should be 7.4-7.9 percent.

Earlier in October, it was reported that many large Russian banks began to raise interest rates on deposits. Rosbank was one of the first to react to the increase in the key rate. From October 25, his clients receive an additional 2.5 percent to the basic 7.5 percent per annum. At Otkritie and VTB, the yield on one of the deposits has already reached 8.5 percent.