Russia will start building houses according to new rules 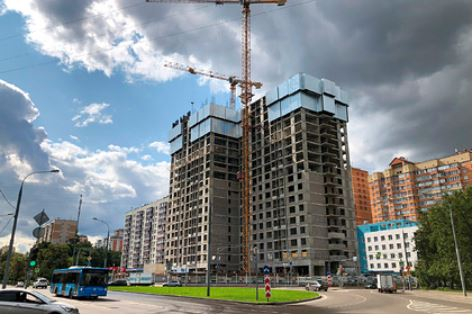 Several thousand building codes have ceased to be mandatory in Russia. The list of procedures carried out in the implementation of construction projects was also reduced. The corresponding federal law was signed by President Vladimir Putin in the middle of last summer and came into force the other day, Izvestia writes.

As told to the publication in the office of the Prime Minister of the Russian Federation Marat Khusnullin, more than 3.8 thousand redundant or outdated building rules have been transferred to the status of recommendation. It is assumed that this will shorten the time frame for new construction and reduce the cost of it – without compromising the safety of residential buildings and other structures.

The government believes that the positive effect of the innovations will also be for end consumers: for example, now citizens will begin to receive housing and infrastructure facilities faster.

The process of reforming building codes has been going on for several years, said Andrey Galkin, a certified broker of the Guild of Realtors of the Moscow Region. He believes that the current edits are not final. “If this allows us to speed up construction work, the deadlines for the delivery of objects and, accordingly, the timing of the settlement of happy clients, then this is great. It’s another matter that along with updating the standards, the level of quality should be maintained, ”he said.

The expert recommended that Russians, when buying a home, choose only proven developers – those who have already successfully put into operation more than one object. In addition, it is reasonable to invite a specialist to the acceptance of an apartment or house, who will appreciate the quality of work and materials.

Earlier it was reported that a government decree came into force in Russia, simplifying the connection of apartment buildings to the power grid. This process will now be cheaper. The new rules will reduce the cost of building apartment buildings.