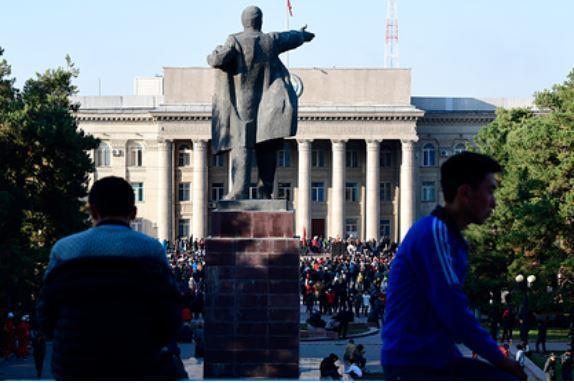 Any financial support for Kyrgyzstan from Russia has been terminated; the decision will remain in effect until the situation in the country stabilizes. A source in the Ministry of Finance and also a federal official told RBC about this.

As one of them pointed out, Moscow stopped giving money to a partner in the EAEU amid problems with the functioning of the authorities. The last time Russian assistance to Kyrgyzstan was reported in 2019, then it was allocated $ 30 million. Also, since 2005, Russia has written off $ 700 million in debt to the republic.

In August, the Eurasian Fund for Stabilization and Development (EFSD) approved a $ 100 million loan to Bishkek. Russia controls 88 percent of the fund's authorized capital, but whether this support has been stopped is unknown.

The situation in Kyrgyzstan was aggravated by the parliamentary elections held on October 4. After the announcement of their results, disgruntled citizens took to the streets. The protests escalated into clashes with law enforcement officers, as a result, the opposition occupied a number of government buildings and obtained the release of the former President of the country Almazbek Atambayev from the jail.

The current president Sooronbai Jeenbekov changed the government, but the new prime minister Sadyr Japarov called on the head of state to resign. On Monday, October 12, Dmitry Kozak, Deputy Head of the Presidential Administration of Russia, met with Jeenbekov.

Amid the unrest, the Kyrgyz authorities stopped the operation of the SWIFT system, which is necessary for transferring money through national and international payment systems. Also, local banks decided to withdraw money from ATMs due to fears of looting, which began during the 2005 and 2010 protests.