Russia responded to US threats over Nord Stream 2 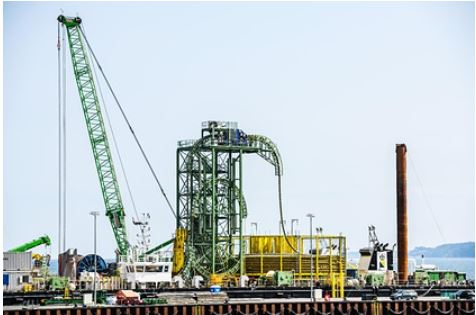 Russia responded to the statement of the US Special Representative for Ukraine Kurt Volcker that the US and Germany are ready to take action if the Nord Stream 2 gas pipeline is used as a weapon against Ukraine and Europe. Politicians and experts have responded to potential American threats. This was reported by RIA Novosti.

For example, State Duma deputy Ruslan Balbek believes that the United States is now trying to slander the project. “Since there is such an attack on the gas pipeline, it means that the Americans are worried about their financial interests, primarily those concerning their liquefied gas,” he suggested.

In turn, Konstantin Blokhin, a researcher at the Center for Security Studies of the Russian Academy of Sciences, stated that blocking an already completed gas pipeline is impossible. So, the expert is sure that now the American side will try to make sure that Nord Stream 2 is not used at full capacity.

Volcker had previously threatened Russia with serious consequences over the gas pipeline. According to the diplomat, the gas pipeline project should already be called a weapon. Volcker is convinced that the US and German authorities must take action against Nord Stream 2. For his part, Amos Hochstein, senior adviser for energy security at the US State Department, said that Washington would still continue to fight the project. According to him, the initiative has nothing to do with gas supplies and threatens European countries. Hochstein assured that Washington will carefully monitor the certification procedure for the pipeline so that it fully meets the requirements of the EU’s Fourth Energy Package.