Russia ranked 3rd in the world in deaths from COVID. Rosstat published numbers of deaths: there are 330 thousand, not 110 thousand 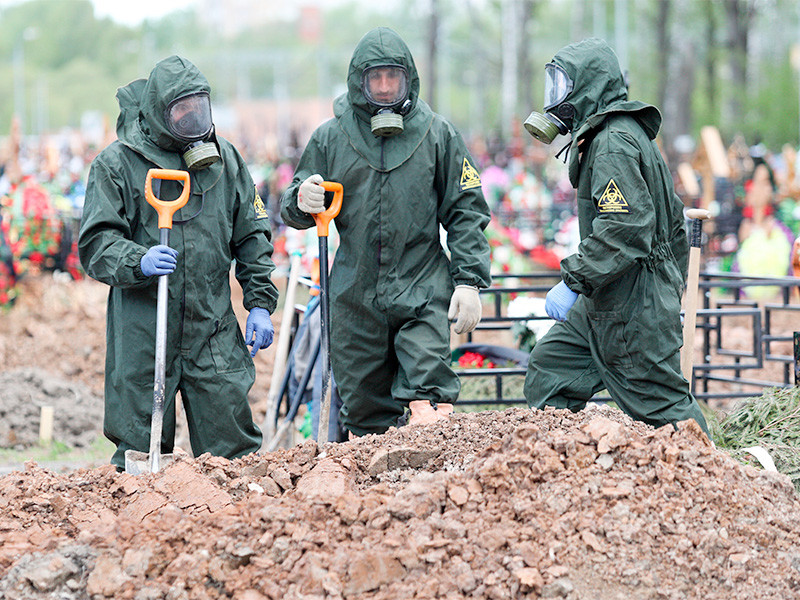 The discrepancy with the data of the operational headquarters in Rosstat is explained by different calculation methods.

New data from Rosstat put Russia in at least third place among all countries of the world: the United States – 576 thousand deaths, Brazil – 403 thousand, Russia – 330 thousand.But even if we do not count those who, according to Rosstat, died from the consequences of coronavirus and provoked diseases, still died 166 858 (the main cause of death). In this case, Russia rises from the current 7th place to the 5th place, letting Mexico (217 thousand deaths) and India (where the figure of 212 thousand deaths are also underestimated several times) in addition to the United States and Brazil.

Earlier, demographers, relying on mortality statistics in Russia, including official data from Rosstat, suggested that the official statistics of deaths from COVID-19 did not reflect reality.

Rosstat reported that by March 2021, 26% more died in Russia than a year earlier, and the population decline doubled – to 688.7 thousand people compared to 316.2 thousand people in 2019. In total, according to Rosstat, the country’s population in 2020 decreased by more than half a million people (about 180 thousand were compensated by migration) and amounted to 146.24 million people.

The so-called excess mortality, that is, the excess of the number of deaths compared to previous years, in 2020 in Russia amounted to about 360 thousand people. According to Reuters, taking into account the first quarter of 2021, it exceeded 400 thousand.

However, the Russian authorities claim that the epidemic in the country is under control. According to official data, for more than a month the number of new infections has not exceeded 10 thousand per day, although it has not dropped below 7 thousand. In Moscow in recent weeks, there has been a tendency to an increase in the number of cases, but even here the authorities are not tightening protective measures, which are noticeably milder than in most countries of the world.

In the last days of April, Bloomberg reported that the third wave of coronavirus had begun in Russia, noting that the optimistic assessments of the situation with the coronavirus, which the Russian operational headquarters regularly publish, led to the fact that Russians ceased to be afraid of the virus and were reluctant to vaccinate.

Officially, the Russian authorities continue to reject the possibility of introducing new coronavirus restrictions, but they are already being introduced anyway. So, in order to curb the growth rate of the incidence, in Russia from May 1 to May 10, a long vacation was announced, in some regions they were even extended for another day. For the same reason, schools were closed on all May holidays in the country. The authorities acknowledge that all these measures have been taken to combat the spread of infection.