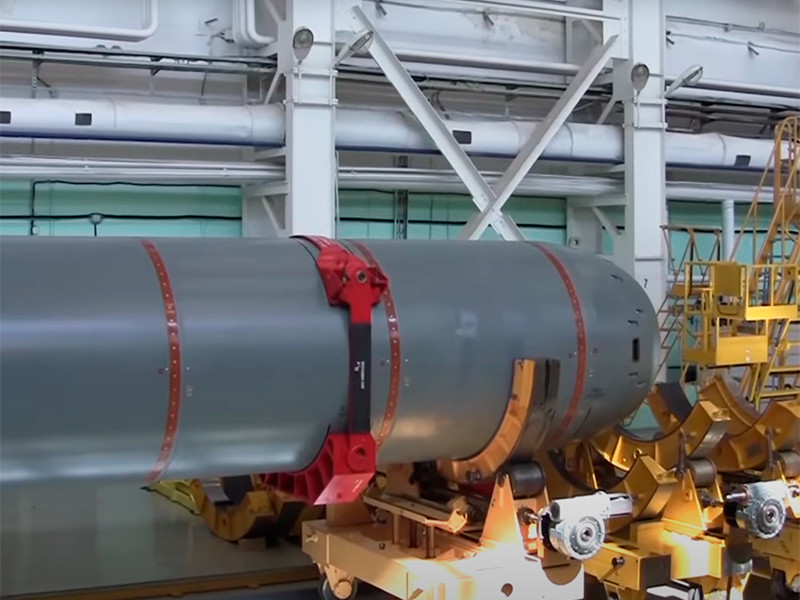 Russia continues testing the “torpedo of the apocalypse” – the Poseidon submarine submarine complex with a nuclear warhead.

This unmanned underwater vehicle will have an almost unlimited range and will be able to quickly approach targets on the US coast. Torpedo tests will continue in 2021, and the deployment of the weapon is scheduled to take place within a decade, Popular Mechanics magazine reported.

Initially it was reported that Poseidon 2M39 is a giant torpedo or large unmanned submarine that can independently travel across the Pacific and Atlantic oceans, carrying a nuclear installation. And the high speed of the vehicle reduces the enemy’s ability to intercept it. A torpedo 2 meters wide and 20 meters long moves at speeds up to 130 km / h.

Subsequently, information appeared that Poseidon would receive a thermonuclear warhead with a capacity of 100 megatons: twice that of the famous Tsar Bomba. If it exploded off the coast, it would have flooded the nearby city with a radioactive tsunami. But according to the latest estimates, the warhead’s yield will be only 2 megatons, which, however, will not prevent it from causing serious damage to the coastal target. (For comparison: the atomic bomb dropped on Hiroshima was only 15 kilotons, and here 2000 kilotons; one kiloton is equivalent to 1000 tons in TNT equivalent).

According to Popular Mechanics, “It is now clear that Russia is serious about activating this weapon of the apocalypse.”

Russia intends to build 30 Poseidon torpedoes and place them on four specially equipped submarines. Two of them will serve in the Northern Fleet (access to the Atlantic Ocean), two more – in the Pacific Fleet. Each K-329 Belgorod submarine will carry six Poseidon torpedoes. In addition, torpedoes can be placed in special capsules, with which they can be activated remotely.

Last weekend, it also became known that in the fall of 2021, another submarine carrying unmanned underwater vehicles Poseidon will be launched – the Khabarovsk nuclear submarine of project 09851. As TASS was told in the military-industrial complex, “Khabarovsk’s launching” moved by several months – from May to autumn 2021, “he said.

In November 2020, former US Undersecretary of State for International Security and Non-Proliferation of Nuclear Weapons Christopher Ford reported that the Russian nuclear-armed Poseidon submarine submarine complex is intended to “flood American coastal cities with radioactive tsunamis.”