Russia denied the safety of wind turbines and solar panels 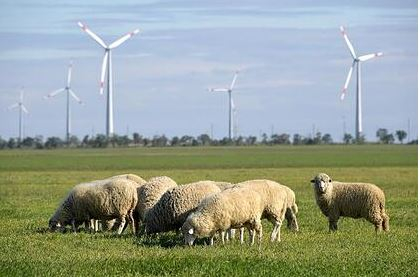 The Secretary of the Security Council (SC) of Russia Nikolai Patrushev denied information that renewable energy sources are completely safe for the environment. He cited wind farms and solar panels as examples. Patrushev shared his opinion in an interview with Komsomolskaya Pravda.

The Secretary of the Security Council, citing experts, noted that in the territories where solar stations are operated, the average temperature drops by about five degrees, which negatively affects the flora and fauna. When the energy of the sun is converted by the battery, substances harmful to humans can be released.

“Manufacturing just one solar panel releases tens of kilograms of carbon dioxide into the atmosphere. The very manufacture of solar panels, as well as the extraction of rare metals that make up their composition, is an energy-consuming process and is located in countries where, as a rule, coal-fired generation is used, ”the secretary explained.

As for wind turbines, among the negative factors of their work, Patrushev called the need for placement on large areas. Birds can also die from collisions with the blades, and structural vibrations can be transmitted through the soil and can adversely affect animals. The replacement of blades at the stations also requires costs.

Earlier, the Ministry of Energy assessed the prospect of Russia’s transition to the use of renewable energy sources, including solar panels. Experts believed that the country will be able to achieve the planned indicators in a number of cases – with a decrease in the cost of equipment and an increase in tariffs for network electricity, as well as an increase in lending from banks.