Russia decided to save Kazakhstan from the energy crisis 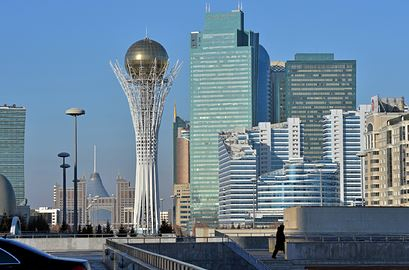 Russian Inter RAO plans to begin commercial electricity supplies to Kazakhstan from November, where a serious energy crisis is expected due to the development of cryptocurrency mining farms. Writes about this “Kommersant”.

The desired increase in flow capacity is up to 400 megawatts. While Kazakhstan has decided to increase the flow from Russia without warning, this makes it possible to receive electricity at a lower price. The publication notes that such supplies are unprofitable for Russia and costly for the energy system, because they need to include the most inefficient power plants.

According to some estimates, the deficit in Kazakhstan is about 600 megawatts during peak hours in November, and in the future may grow to one gigawatt. The number of cryptocurrency miners has skyrocketed in the country, but the power system was not ready for a sharp jump in demand. Other companies that have agreements with Russian suppliers can also save Kazakhstan from energy shortages.

Since October 15, Inter RAO has increased its electricity supplies to Estonia and Latvia by 38 percent. The company also expects China to confirm an increase in shipments in November-December. Against this background, Inter RAO raises its forecast for electricity exports this year to 20 billion kilowatt-hours.