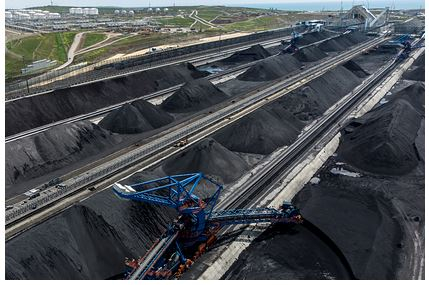 The volume of Russian coal supplies to Europe in 2021 increased by 12 percent compared to the previous year. Energy Minister Nikolai Shulginov shared this information in an interview with the Russia 24 TV channel. The country has expanded supplies amid a shortage of coal and other energy resources in the region.

“In general, coal supplies are higher than last year and have now increased even to Europe by 12 percent compared to the same period last year and to the Asia-Pacific countries. [Азиатско-Тихоокеанский регион]”, – said the head of the Ministry of Energy. Shulginov recalled that Russia will also remain a reliable supplier of another scarce type of fuel – gas. In October, Gazprom began using its storage facilities to send more gas to Europe.

In addition, Russia began to help China, which also faced an energy crisis. According to Shulginov, electricity supplies to this country almost doubled in October. “Increase in supplies [в Китай] in fact there is, 90 percent of the previous month. So far, this is a request for only one month – for October, ”he said. The head of the department added that if new requests come from China, supplies will continue, but their volume will be determined by the technical capabilities of Russia. “And with prices already, probably, the company” Inter RAO ” [оператор экспорта-импорт электроэнергии в России] will figure it out, ”concluded Shulginov.

Europe faced an energy crisis in the fall of 2021. With the heating season approaching, exchange gas prices in the region have tripled, as gas reserves have dropped to critically low levels and supplies have declined. Because of this, electricity producers switched to other types of fuel, primarily thermal coal, which also began to rise in price. These factors have caused the cost of electricity to rise across Europe.