The inhabitants of Inverness (Scotland) were not happy when they realized that several alpacas had escaped from them. 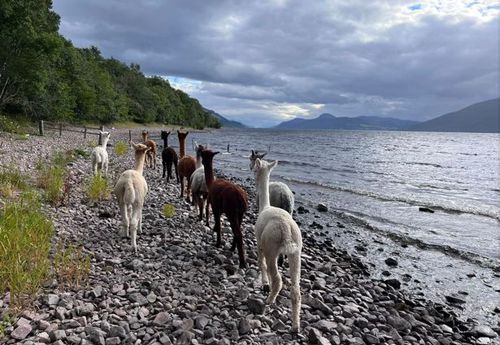 Fortunately, the animals were not searched for long. Runaways came to the shores of Loch Ness to have a good time and, perhaps, to swim. One of the alpacas really climbed into the water, after which, in an amazing and funny way, it began to resemble Nessie, the famous mythical monster. After photographing the bathing alpaca, the owners posted the picture on the Internet, and this image amused users a lot.

Of course, it’s a bit unfortunate that this time in Loch Ness they noticed not a real monster at all, but this fake Nessie turned out to be very cute.