Rubbing and compresses. How to properly use vodka for treatment

Vodka is a multifaceted drink that is widely used in the most varied spectra of life, including medicine. It is vodka that is often advised to be used as an additional therapy (of course, to the main one prescribed by a doctor) for various diseases.

How to choose the right one

In order for a compress, lotion or rubbing to be beneficial, you need to properly prepare the material. At home, it is better to use a 40-degree product. But it is not recommended to use alcohol diluted to 40 degrees, because it may contain harmful impurities. 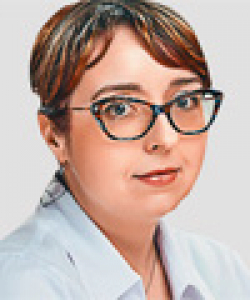 Why is vodka chosen for compresses and lotions? “Compressing vodka or rubbing leads to the fact that in the area where it is used, vasodilation begins, and blood flow increases. With the help of such compresses, pain and inflammation can be relieved, ”says Elena Dronova, acting Head of the Physiotherapy Department of the Clinical and Diagnostic Center “Medintsentr”, Physiotherapist of the highest qualification category of the Clinical and Diagnostic Center “Medintsentr” (branch of the GlavUpDK at the Ministry of Foreign Affairs of Russia)…

The range of application of vodka solutions and compresses for external use is quite wide. So, it is often recommended to use it when:

For an alcohol-based compress to be beneficial, it must be done according to certain rules.

At home, it is better to use a 40-degree product.

One layer, which will be the bottom, should be made of cotton fabric or linen: it must be moistened with vodka and squeezed well.

The second layer, which will be the middle one, consists of polyethylene or special paper for compresses, which is called waxed.

The middle layer should be a couple of centimeters wider than the bottom so that the latter does not cool down quickly. And the top one, in turn, should also be a couple of centimeters wider than the middle one. “If the patient feels a chill when applying the compress, it means that the lower layer is not sufficiently covered by the upper ones,” says Elena Dronova. Also, the physiotherapist notes, if such therapy is used in a person with sensitive skin, it is first necessary to lubricate the place of application of the compress with oil or baby cream. “Children have their own rules – vodka should be diluted in half with water to reduce the strength,” the doctor advises. From above, the compress should be fixed with bandages, but not squeezed, so as not to disrupt blood circulation.

Nuances of a compress

It is also important to put the compress correctly so that it works. If the compress is used to treat sore throat, it should not be used on the thyroid area. And after removing the compress, you should stay warm for half a day.

“In case of a cold, a compress is made if the temperature does not exceed the norm, that is, it does not rise above 36.9, then it can be used on the back or chest,” notes Elena Dronova.

For ear pain, a compress is a square of tissue with a slit for the ear. It is moistened in vodka and put on so that the shell looks out into the slot, waxed paper and a cotton pad on top. “It is strictly forbidden to use such a design if there is a suspicion of purulent inflammation inside the ear, since overheating can lead to a ruptured membrane,” notes Elena Dronova. To minimize the risks, since the skin in the ear area is thin and delicate, it is advised to dilute vodka with water in a ratio of 1 to 5.

In case of bruises and sprains, the doctor notes, the compress is used no earlier than a day later, and on the first day only cold should be used.

It would seem that such a simple procedure as rubbing with vodka is quite simple and straightforward. In fact, it must also be carried out taking into account a number of rules and nuances. So, for example, the procedure should be accompanied by plenty of drinking to eliminate the risk of dehydration.

“Most often, rubbing with vodka is used at an elevated body temperature, when drugs work for a long time, and a person literally burns. In this case, you also need to do everything right, ”the doctor notes.

For grinding, you do not need to take pure vodka – it should be diluted with water in a ratio of 1 to 1. Next, a cotton cloth is dipped in the prepared solution and gently wiped off the body. It is necessary to exclude the processing of the heart and groin area. “They start at the top and gradually move downward,” the doctor advises.

Also, vodka rubbing is used when coughing in order to improve dry cough and speed up the excretion of phlegm. To do this, the vodka is again diluted with water and rubbed on the upper and lower back. The main thing, again, is that there is no suspicion of inflammatory processes in the lungs and purulent processes.

“In case of a cold, they also rub the body with vodka, paying special attention to the feet. To consolidate the effect, you need to put on socks, ”says the doctor.

Of course, using such a powerful tool, one must also remember when this should not be done in principle. “Compresses from vodka should not be carried out if there is a temperature, as well as against the background of progressive skin diseases or with injuries of the skin, as well as in the presence of purulent inflammations,” says Elena Dronova.

Also, treatment with vodka in any form – whether it be compresses or rubbing – is prohibited:

Before using such compresses, rubbing, etc., consult your doctor. In addition, it is worth weighing all the risks, since strong alcohol can enter the bloodstream through the skin, the specialist emphasizes. Remember – self-medication is unacceptable!

There are contraindications, it is necessary to consult a doctor