Rooster, who was a city celebrity, was kidnapped and killed

When Matt Stebly of Ocean Springs, Mississippi, USA got a rooster a couple of years ago, he didn’t think the pet would become a city celebrity. 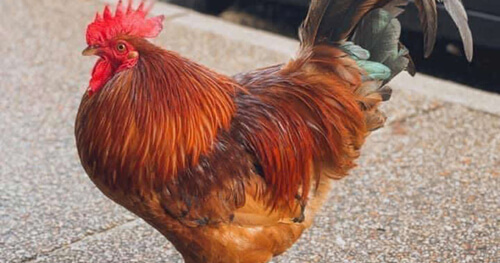 The bird, named Carl, fell in love with the townspeople. Everyone enjoyed watching the rooster roaming the streets with curiosity. Rooster’s “home base” was a tattoo parlor that Matt owns, but Carl also enjoyed visiting the local fitness center and especially the coffee shops and bakeries where he was treated to delicious treats. 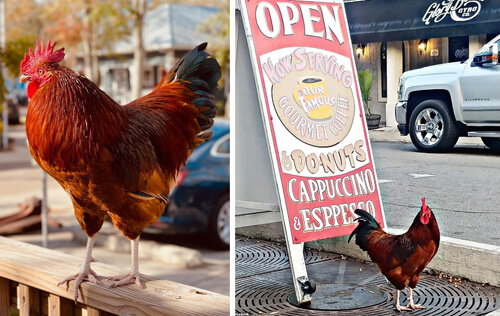 And recently, Matt (and the whole city of 18,000 people) had a tragedy. Carl disappeared, and security cameras showed that the bird had been kidnapped by a woman who, along with her companions, got into a car and drove off. After about 15 minutes, the rooster, already dead, was thrown out of the car in the parking lot, and after a while the body was found by a stranger who put Carl in a plastic bag and left. 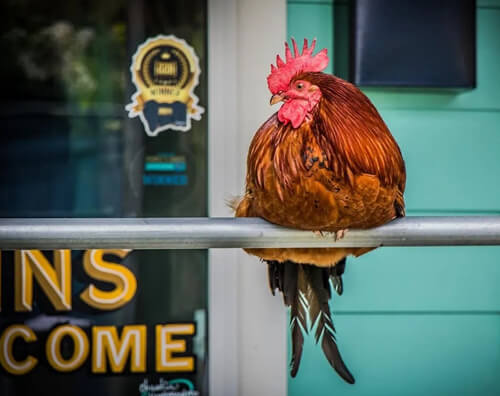 The kidnapper and the killer were found. It turned out to be 35-year-old Kendra Shaffer, who worked in a juvenile correctional facility. The woman was prosecuted for theft and cruelty to animals, plus she lost her job. The motive of Kendra, who came to Ocean Springs from a neighboring city for the sake of her crime, is completely incomprehensible. 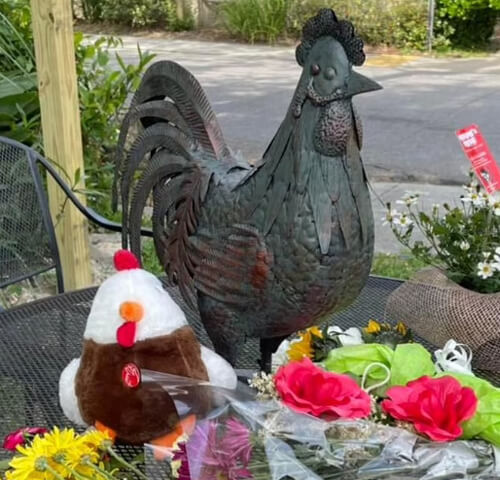 As for Matt, he mourns his friend and so far cannot even think about getting another rooster. He would very much like to find the body of a pet in order to bury it with dignity. In the meantime, the townspeople, who mourn with Matt, erected a memorial to honor the memory of the wonderful rooster, who gave everyone so many positive emotions.

The criminal who planned the robbery chose the wrong victim