Revealed Gorbachev’s mistake that could bring war to Europe 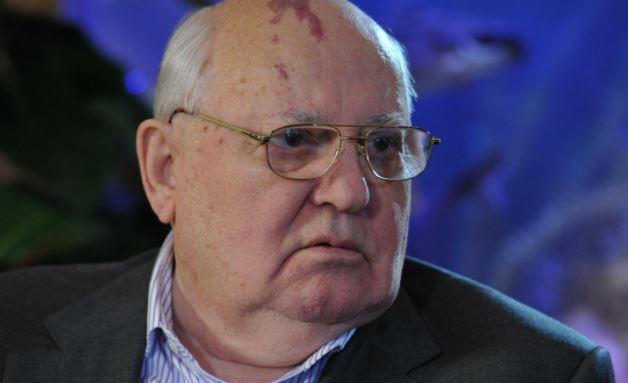 The Croatian edition of Advance told what the first president of the USSR Mikhail Gorbachev "forgot" about when signing the Treaty on the final settlement with respect to Germany. This mistake now threatens "to develop into the deepest crisis and escalation in the east of Europe."

Journalist Antun Rocha recalls that the agreement was signed on September 12, 1990 by representatives of the German Democratic Republic and the Federal Republic of Germany, as well as the countries that won the Second World War: the USSR, the USA, Great Britain and France. The countries of the Quartet renounced their rights to Germany and agreed to its unification. The Germans, on the other hand, renounced all territorial claims.

As Gorbachev himself later said many times, the West committed itself not to expand NATO eastward after the signing of the treaty. However, this point was never spelled out in the contract.

“And now half of Central and Eastern Europe are members (of the alliance), so what happened to their promises? This shows that they cannot be trusted, ”the first and last president of the USSR declared later.

The journalist emphasizes that many problems could have been avoided if Gorbachev had insisted that the clause prohibiting NATO expansion to the east be spelled out in the treaty. However, this never happened. According to Roshi, this was due to the fact that Gorbachev could not foresee the collapse of the USSR. At that time, the Warsaw Pact was in force (which included the current NATO members Romania, Bulgaria, Poland, the Czech Republic and Slovakia (then Czechoslovakia), Hungary), and Lithuania, Latvia and Estonia, which now also joined the Alliance, were all part of the composition of the Soviet Union.

“The treaty of 1990, or rather what is lacking in it, entailed serious consequences that are affecting to this day. This is primarily about the increased tension between Russia and the United States. And if one day the question of Ukraine's or Georgia's joining NATO arises, the tension may develop into a deep crisis and escalation in the east of Europe, ”InoSMI quotes the translation of the text.

Note that earlier this topic was raised by a member of the Federation Council Alexei Pushkov, commenting on Gorbachev's reaction to accusations of "geopolitical surrender." According to him, the USSR suffered political, economic and moral damage. Pushkov stressed that there was an option according to which Germany would be a member of NATO, but at the same time the USSR would receive guarantees that the Alliance would not expand to the east. The senator added that during the signing of the treaty there was a "historical drama", "it was a complete failure of his [Горбачева] politics and refusal to defend the national interests of the country ”.