The actress spoke about the memories that caused the found the. 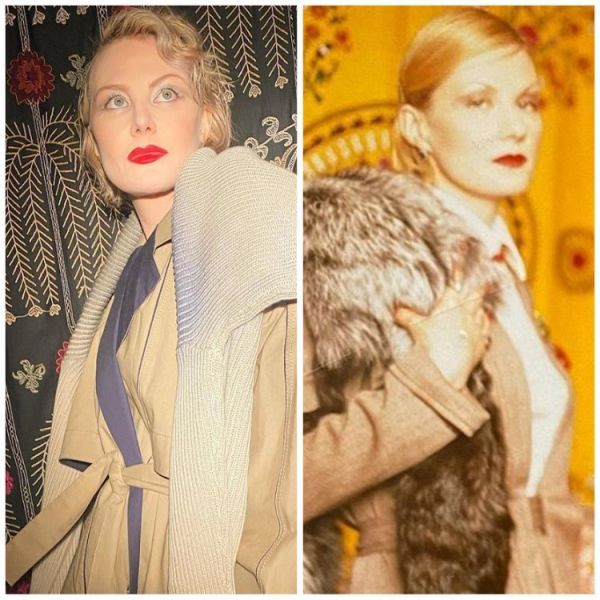 Renata Litvinova in his microblog often share archival photos from different periods of his life. Today she published a picture taken by a Polaroid. The actress also spoke about the memories that makes her this frame.

"Old Polaroid magazine Billboard, shot by the Ira Pianoboy — then I wrote the lyrics, how I will spend my old age on the bottom of the dried pool beneath the lamp with the books and, of course, champagne, and the house will break the phone that I'm never going to come," wrote Renata Litvinova in his microblog in Instagram (spelling and punctuation of the author here and below the no change — Approx. ed.).

By the way, two weeks ago, she has shared a photo taken on an old Polaroid. At that time it was the with Zemfira, and made in Paris. Renata Litvinova remembered that back then during the filming there was a wild heat. And before that, the actress shared at all unusual frame —black-and-white shot for the magazine Playboy.

Incidentally, the photos of Renata Litvinova often possible to see other celebrities, except, of course, her close friend Zemfira. The actress has launched a whole category in his microblog, in which talks about his favorite artists, actors and just people. It should be noted that the first "guest" was Mikhail Efremov. Renata Litvinova shared archival phot, on which she and the actor was captured during the filming of the series "Border. Taiga novel".

"I want to open a topic: "my favorite artists — the artists — the people" — and among the first — favorite Misha Efremov — incredible, inexhaustible, perecherknuty its obvious beauty, like the shell, and rushed to the study itself, and... can write a lot — we are on the photo during the filming of "the taiga novel" drink, by the way, tea. Misha, I love you," wrote Renata Litvinova.

This is a photo of the actress was published two months ago — shortly before the tragic events in Moscow. June 8, Mikhail Efremov driving while intoxicated and collided with another car, whose driver Sergey Zakharov died on the morning. The artist himself admitted his guilt in a courtroom. But then his lawyer said the actor no longer recognizes his guilt, and the defendant will seek an acquittal.

Recall that Renata Litvinova, like many other stars expressed their views about the tragedy. The actress wrote that people need to be merciful, referring to the large number of comments in the address of Michael Efremova. It is not surprising that Renata Litvinova stood up for the actor: not only is she his longtime girlfriend, but also the godmother of his daughter Anna Maria.

The actress also came to Michael Ephraim, when he was under house arrest, but did not find the home entertainer: he was interrogated. Renata Litvinova tried to visit a friend in the company of his goddaughter Anna Maria. Incidentally, Anna Maria sometimes tells about his relationship with a relative. For example, the actor's daughter revealed that in the home environment Renata Litvinova does not seem so Bohemian, what it looks like on social networks. Also Anna Maria advised not to trust those images which occur under the influence of the media.