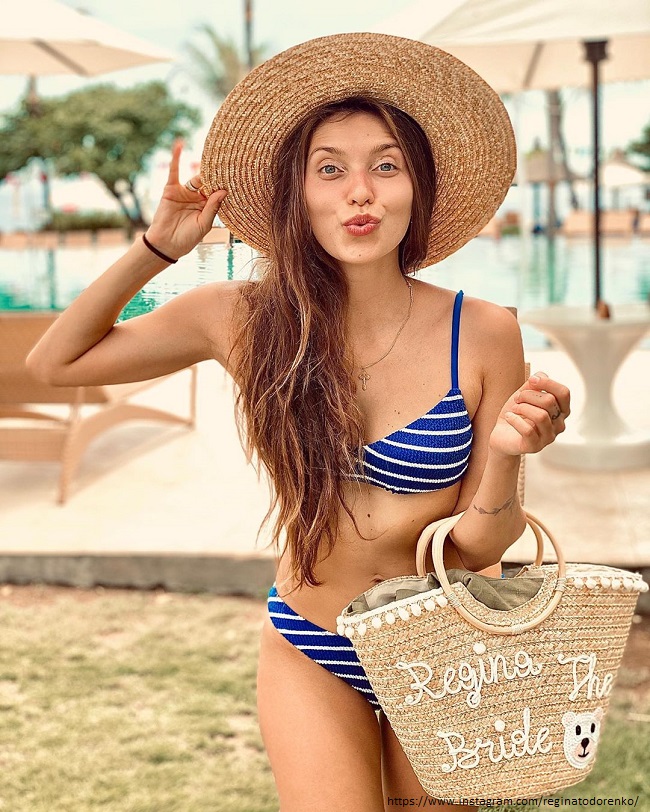 After exhausting training and filming in the “Ice Age”, the couple decided to arrange a family vacation with their son. Regina, Vlad and 2-year-old Michael went to a tropical island. Topalov decided to detox from social networks. He has not contacted fans for a long time. Because of this, many decided that Todorenko left with her son without him. However, today Regina showed that her husband is next to her. He supported the young mother in an emergency when she needed hospitalization.

In Bali, Regina decided to go surfing after a long break. She began to take lessons from the Russian-speaking instructor Andrey. The first lessons went well. The region was delighted with the forgotten hobby. “Andrew gave me a fair ride today. It’s not scary with him. He, if anything, will always push you to the fastest wave. There were very long and very beautiful waves. I caught four. I’m done“, – said the star.

However, the next exit to the ocean turned into a trauma for instadiva. “Well done surfing. I cut my leg with a reef. I almost got hit on the head by a Finn. There are bruises on the right arm and foot. I’ll have to cut my finger at home, there is a piece of coral inside“, – said Todorenko.

Upon returning to the villa, the host of “Eagle and Tails” felt worse. Vlad took her to a local hospital. The region captured herself on the couch. Former lead singer of Smash !! appeared in a white T-shirt, beach shorts with a fun print, and a face mask. He was holding a folder with documents. The musician was talking with doctors with a worried look. He pointed out to the doctor the place on the wife’s leg, which she had injured.

“Already in the hospital. Something clearly went wrong, right, honey? – said Todorenko. – But I went surfing, and I was cool“.