Reed burns in the Anapa floodplains. So in the Kuban every year (VIDEO) 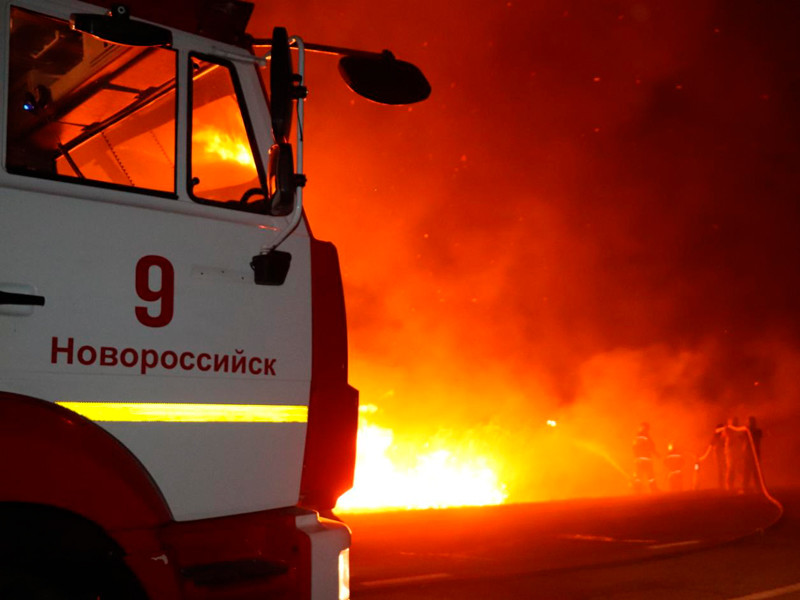 The area of ​​the natural fire in the village of Anapskaya, which is two kilometers from Anapa, has increased to two thousand square meters, according to the Russian Ministry of Emergency Situations. There, reeds are burning in the floodplains.

“The area of ​​active combustion is 2,000 square meters. 94 people and 33 units of equipment were involved from the RSChS, 60 people and 15 units of equipment from the Russian Emergencies Ministry. There is no threat to settlements. An operational group of the Ministry of Emergency Situations in the Krasnodar Territory is working on the spot,” in the message.

The situation is under special control. A high-traffic technique was used to organize extinguishing in hard-to-reach places.

Extinguishing is complicated by hard-to-reach terrain and strong winds with gusts up to 16 m / s, Kubanskie Novosti clarifies.

Local residents note that the fire of reeds in large areas occurs in the Kuban almost every year.

The Anapa floodplains occupy an area of ​​more than 1200 hectares and have been a state ornithological reserve since 1962. They burned repeatedly.

Near Anapa on an area of ​​2000 sq. m is burning reeds. The site employs 94 people and 33 pieces of equipment. There are no threats to settlements, the Emergencies Ministry said. pic.twitter.com/3IO2TiKQTh

In the Kuban, every year the same thing, reeds are burning under Anapa! pic.twitter.com/Z5zkdwvZQg

In Anapa, reeds are burning, most likely set on fire.