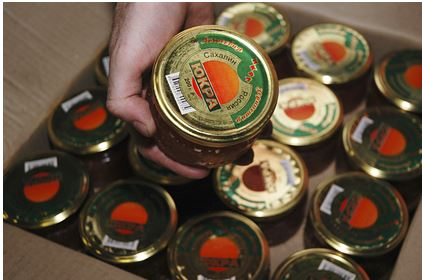 The head of the Rybset analytical agency, Polina Kirova, explained to Lenta.ru what caused the record rise in the price of red caviar. Earlier it was reported that last October the average cost of salmon caviar in Russia for the first time exceeded five thousand rubles per kilogram, reaching a historical maximum in the entire history of observations since 2000. At the same time, the head of the Federal Agency for Fishery, Ilya Shestakov, predicted a decline in prices due to the increased salmon catch.

“We are talking about record catches, but this concerns pink salmon. If there is a lot of pink salmon, this does not mean that there is a lot of other caviar, ”Kirova said, explaining why prices for caviar rose with a record catch. – Not everyone loves pink salmon, there is a layer that loves other species: chum salmon, sockeye salmon, coho salmon. And, for example, this year we are witnessing the following situation: if you want to buy sockeye salmon in the wholesale, then you must purchase pink salmon along with it, this was observed all through Putin. “

According to the expert, the rise in prices for caviar is primarily associated with an increase in prices for diesel fuel and gasoline. “These are the main points, because we only catch salmon in the Far East, respectively, the delivery across the country is carried out from there. Logistics has grown exponentially over the past 5-7 years, the same applies to gasoline, diesel fuel and so on. More than 40 percent in terms of costs, and it is for fishermen that this is just the same diesel fuel, ”notes Kirov.

Another reason lies in the fact that due to regular price increases, the end consumer over the past three years has transferred caviar from the category of weekly consumption to the “festive table mode”, the analyst said. “And now even federal chains that have been supplying and keeping caviar all year round import the product for a certain number of months. That is, there is no demand for this product at any other time, the time period in which you can earn something is very short, and the profit must be mastered, “Kirova noted.

The above reasons influenced the rise in prices every year, the analyst notes, but there are also those factors that influenced the pricing in 2021. “The rise in prices is due to the actions of distributors, that is, an intermediate link. If usually the price is raised either by retail or by fishermen, then this year it was the connecting link that played a very strong role. How: they bought goods from fishermen in the summer at a fairly reasonable price and due to the fact that there are practically no quality products on the market and there is nothing except pink salmon, in these four months they are trying to sell them as profitably as possible for themselves. Retail did not change its markup, and we didn’t see any noticeable rise in prices in fishermen this year either, ”Kirova explained. She also noted that a very large volume of oysters had been frozen and exported this year.