The attention of many people who came in December 2021 to the World Cubing Association’s Rubik’s Cube Competing Competition (Florida, USA) was riveted on Tommy Cherry. 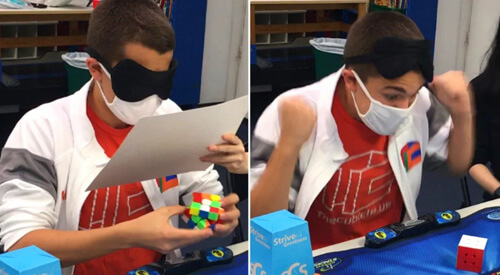 The fact is that a teenager a few months earlier set a world record by assembling a puzzle blindly in 15.27 seconds. Many were wondering if a talented young man could repeat such an achievement. As a result, Tommy amazed everyone by breaking his own record and this time coping with the cube in 14.67 seconds. 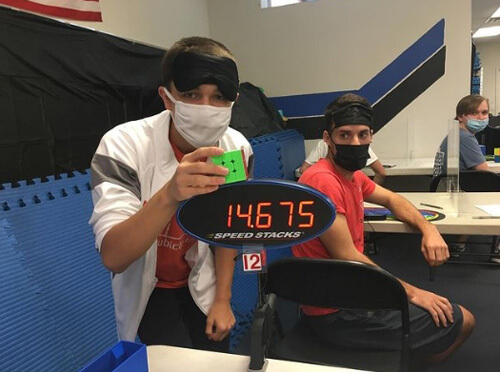 Tommy remembers learning how to solve blocks in 2015. While honing his skills, he tried the puzzle while blindfolded, and succeeded for the first time in about 8 minutes. But the young man continued to train and improve. Actually, Tommy did not even think about any records for a long time, until he realized that his daily practice is very close to what can be considered the fastest blindfolded Rubik’s Cube in the world. 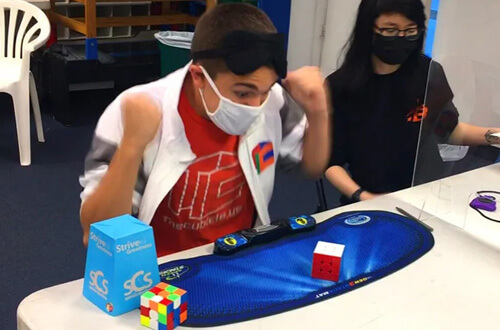 Now Tommy is confident that he can improve this result by breaking his record again. To everyone who wants to become a record holder and get into the Guinness Book of Records, the teenager advises to sincerely love the activity that will be chosen as the field for the future record – then the training will be much more effective. In addition, Tommy is sure that you should not be upset if progress suddenly seems too slow.