Rating of the day: Christina Asmus appeared in a suit with huge sleeves

The other day Kristina Asmus attended a special screening of the film "Whaler". The actress played one of the roles in it with no less explicit scenes than in the film "Text". Asmus herself is delighted with the film and sincerely recommends watching it: "Sincere, passionate, honest, bright, touching, important, great film A film that will definitely make you proud of Russian cinema!"

The outfit in which Christina appeared deserves special attention. 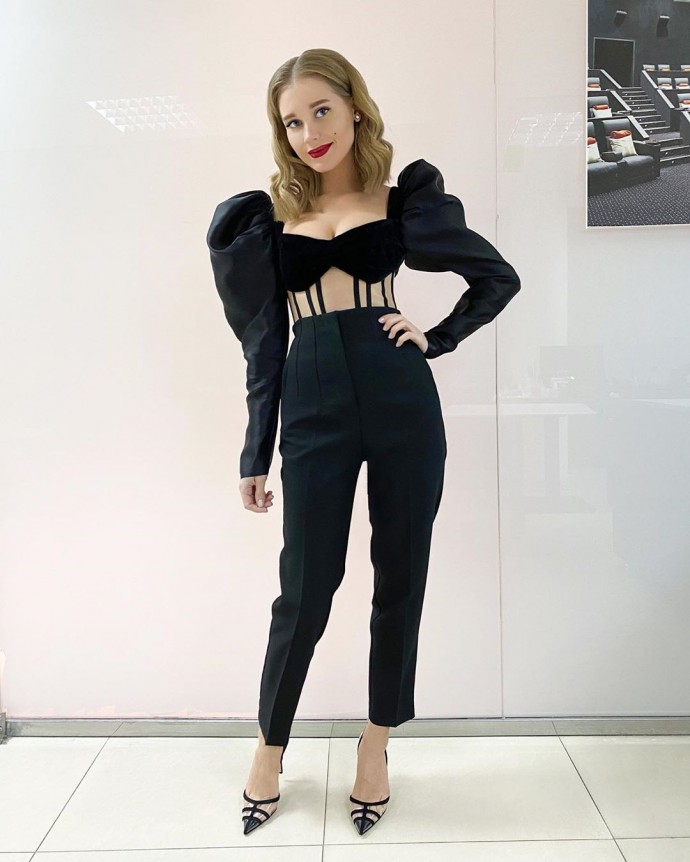 The actress is wearing skinny black trousers, which are connected to the bodice, also black, with small fabric inserts. The sleeves of the dress are long and voluminous at the shoulders. The girl chose shoes with heels with a pointed toe. Christine's hair was styled in soft waves, adding volume at the roots. In the makeup, the girl chose to highlight her eyes with dark shadows, and her lips with red lipstick. Followers expressed their opinion not only about the film, but also about the image of the star. Many considered it bright and unusual: "The suit sits incomparably!", "The image is a bomb!", "Stylish!" Did you like the look of the actress? 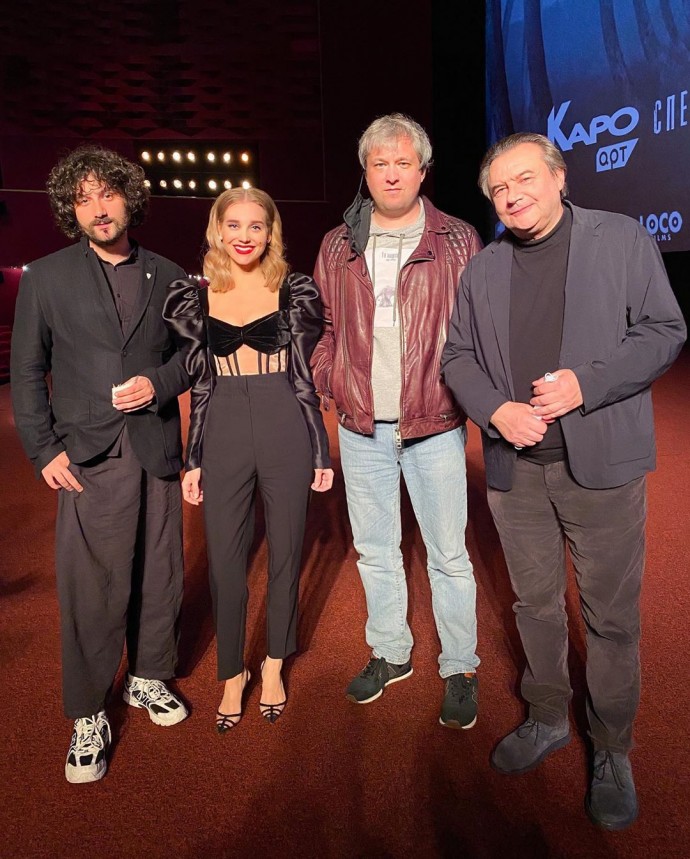