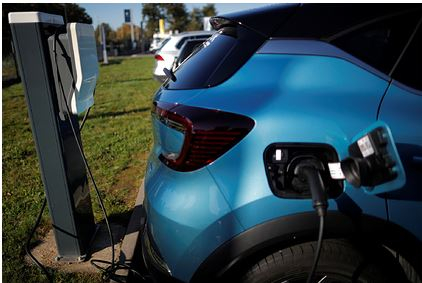 Until recently, batteries were mainly produced by Asian companies that supplied components to Europe. But after forecasts of rapid growth in sales of electric cars, European states and car manufacturers decided to build local factories. It is planned that by 2030 the supply of batteries will be sufficient to produce an average of 13 million cars.

However, experts from the industry news agency Benchmark Mineral Intelligence (BMI) warn: due to multibillion-dollar investments in battery plants, not enough money is being invested in the extraction of raw materials in Europe itself. Until now, lithium has mainly come from Australia and Chile, cobalt from Congo, and graphite from China. But imports, according to analysts, may rise in price or stop altogether due to the deterioration of trade relations. At the same time, according to estimates of the energy division of the European Institute of Innovation and Technology, by 2030 the region will be able to extract only a quarter of all necessary raw materials.

Recycling it could significantly help in solving the problem. However, at present, only 10-20 percent of the demand can be met with secondary raw materials. “There is a serious question whether supply can keep up with demand throughout the battery supply chain,” concluded Daniel Harrison, an analyst at consultancy Ultima Media.

Analysts at the international audit and consulting company Ernst & Young expect that by 2033, sales of electric vehicles will exceed sales of cars with an internal combustion engine. The latter, according to forecasts, by 2045 the market will be less than one percent.