Python, who climbed on the hood, was beaten with car wipers

Rodney Griggs and his wife Melissa had a very nervous car trip, after they noticed a large python on the hood. 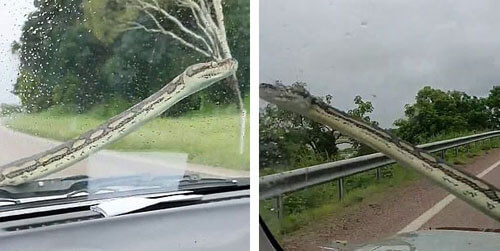 The husband had to do a difficult job, because he had time to follow the road and beat the uninvited passenger with car wipers. After a few kilometers, a couple from Queensland (Australia) noticed road workers and, stopping, began to cry for help. One of the strangers was so kind that he took off the snake and released it into the bushes. 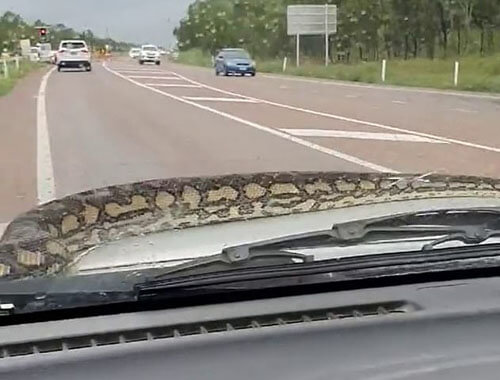 By the way, the actions of Rodney and Melissa caused a lot of criticism in their address on social networks, and users sincerely regret the beaten python. After all, he was outside the car and could hardly harm the driver and passenger.

See also: An inattentive dog stepped on a python