Python found under fryer in restaurant

Employees of the Sonic restaurant (Brunswick, Georgia, USA) had to rush to leave the workplace, and the snake became the cause of the panic.

People found a reptile under the fryer and suspected that their guest was a venomous rattlesnake. However, police officer Matthew Wilson, who arrived to save the Sonic employees, reassured the people, stating that a harmless royal python had come to them. Apparently, someone kept the snake as a pet, and then the owners got bored with the python, and he was simply released into the wild, which is very irresponsible. Most likely, the snake slipped into the restaurant using the ajar back door, and the reason for visiting was exactly the same as for human customers – the python was hungry and thirsty. 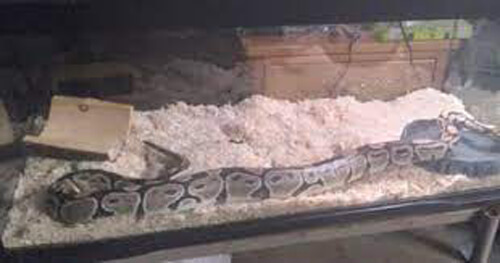 Matthew used a broom to corner the python and then put it in a bag. By the way, you should not worry about the fate of the reptile. By a happy coincidence, the policeman keeps a royal python at home, so that his new acquaintance will join a new family and live a happy life.