Putin’s oil price forecast scares the US and Japan 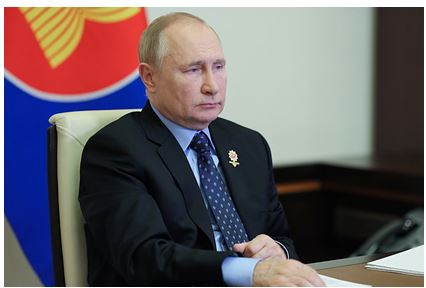 The United States, Japan and India were frightened by the forecast of Russian President Vladimir Putin about a possible increase in oil prices to $ 100 per barrel. Bloomberg reports.

According to the authors of the article, American, Japanese and Indian officials spoke privately. It is noted that they also communicated with other major oil consumers and producers. These conversations began about three weeks ago. They have been especially intensive in recent days, when the oil price exceeded $ 85 per barrel.

It is noted that the United States, Japan and India are exerting significant pressure on the states that are members of OPEC + to increase oil supplies to offset the significant increase in prices on the exchange.

In mid-October, Vladimir Putin admitted that oil prices could rise to $ 100 per barrel. According to him, Russia does not seek to restrict oil production so that the cost “rises to the skies.”

The head of state believes that all actions in the energy market should be smooth and balanced. The politician added that he did not discuss oil prices with US President Joe Biden, but contacts are maintained at the administration level.

Also, Putin warned about the depletion of oil. According to him, when the demand of the world market for it grows, there will simply be nowhere to get oil. He stressed that OPEC + is increasing production volumes, but not all countries can do this quickly.

Not all oil-producing countries are able to rapidly increase oil production. This is a long-term process, the cycle is large

Reasons for the rise in oil prices

On October 25, it became known that prices for WTI crude oil set a record, exceeding $ 85 per barrel for the first time since October 2014.

The record was fueled by shrinking global supply and rising fuel demand in the United States and elsewhere as the economy recovers from the coronavirus pandemic, according to Reuters.

The World Bank named the use of oil as a substitute for natural gas as the main reason for the increase in its price and demand.

It is noted that energy prices jumped sharply in the third quarter of 2021 and will remain elevated in 2022.

Director of the Institute for Energy and Finance, Marcel Salikhov, noted that due to the inability of American shale raw materials to balance the growth in demand and oil prices, the cost of a barrel is likely to continue to rise. According to him, the current record high prices for natural gas make the use of fuel oil and diesel generation profitable – this creates additional demand for oil and leads to a short-term rise in prices. “It is quite possible that in the coming months they may approach or reach the level of $ 100 per barrel,” he said.

Dmitry Marinchenko, director of the group for natural resources and commodities at the Fitch agency, also noted that the cost of oil could reach $ 100 per barrel. At the same time, he added that the level is unlikely to remain for a long time. He said that there is now a shortage of oil on the market amid a gradual recovery in demand and OPEC + caution in increasing production. In his opinion, as a result, OPEC + will go to increase production in order to balance the market. The specialist also questioned the rapid growth in oil demand, comparable in pace with the pre-crisis period.

Analysts of the International Energy Agency (IEA) believe that the demand for oil in the long term will decline in any scenario of decarbonization of economies. In the most severe case, the peak of oil consumption in the world may come after 2025.