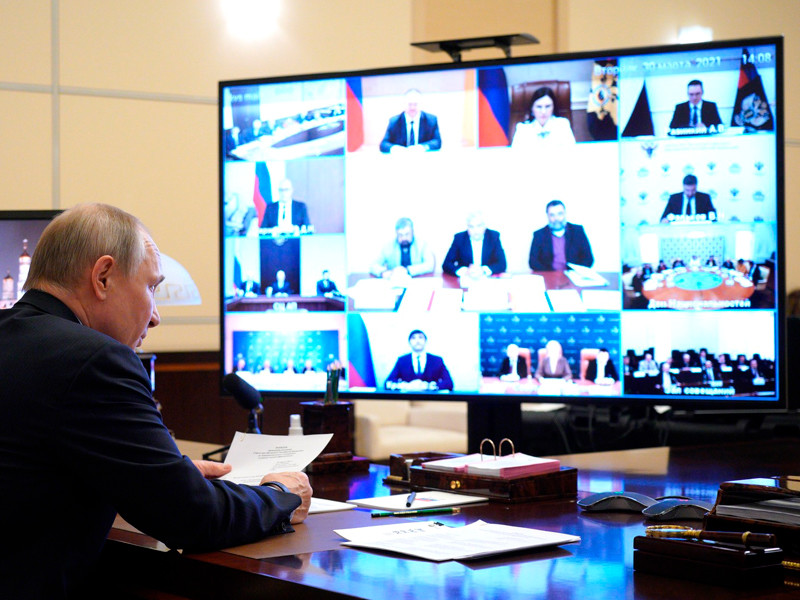 Russian President Vladimir Putin said that in Russia it is necessary to closely monitor interethnic relations in schools and limit the proportion of migrant children. In his opinion, this will make it possible to more effectively Russify the representatives of ethnic minorities, and also keep the children of Russians in schools.

Vladimir Putin’s statement was made during a meeting of the Council for Interethnic Relations, Interfax reports. The President began by talking about the shortcomings of Western schooling. According to him, in some European countries and the United States, when the level of migrant children at school reaches a certain percentage, indigenous parents are forced to take their children.

“Now I will not dwell on the reasons. I think that every adult understands them. Schools are formed there, which are actually 100% staffed only by children of migrants. This is a big problem,” Putin assured. no way to prevent the development of events of this kind in Russia. “

The President noted that the Ministry of Education and the regional authorities should bear this in mind. “Now there are no ready-made recipes. But it is quite obvious that the number of migrant children in our schools should be such that this would allow them not formally, but in fact, to deeply adapt to the Russian language environment. But not only to the language – to the cultural one in general, so that they can immersed in the system of our Russian values. For them it will be beneficial and, accordingly, will not hurt our families, will not create problems for educational institutions, “Putin said.

The President made a reservation that this problem in Russia is not as acute as in some European countries because of the “uncontrolled influx of migrants.” However, neither the administration of megalopolises nor the authorities of the national republics should forget about it.

“And inside the country it is necessary to closely monitor this, what is happening especially in large cities with a population of one million, and in individual national republics,” the head of state said.

This issue requires a “practical view,” according to the president. Later, Putin warned that the relevant requirements would be included in the list of instructions following the meeting of the Council for Interethnic Relations.

The head of the Federation Council committee on science, education and culture Lilia Gumerova at the same meeting of the council proposed creating a unified system for registering children of migrants in Russia. It should show their exact number in the country and whether they need any social support measures. Gumerova added that, according to the Ministry of Education, today 140 thousand children of migrants study in Russian schools.

Gumerova also considers it necessary “to determine the responsibility of the parents of migrants for untimely information about the stay of their children in Russia.” “After all, we need to know where these children are, whether they go to kindergarten, school, whether they are attached to the clinic,” the official said. Her words are quoted by TASS.

According to the senators, proposals on a comprehensive assessment of the needs of migrant children are also reasonable, so that their level of Russian language proficiency, general training, and their social portrait can be assessed, added Gumerova.

She said that on March 3, she met with the Kyrgyz ambassador, who drew attention to the fact that a fairly large number of children of migrants from Kyrgyzstan who graduate from Russian schools do not continue their studies and do not work anywhere. “There are frequent cases when they find themselves in an asocial environment. The Ambassador of Kyrgyzstan requested assistance in their education in Russian colleges and schools, and proposed to jointly develop a comprehensive program of cooperation in the field of secondary specialized vocational education,” Gumerova said.

In her opinion, such a program will allow obtaining additional qualified workers, taking into account the needs of the labor market, “and will also contribute to the decriminalization of those who are not employed either in labor or in education, adolescents and youth.” The head of the Federation Council on Education also added that, having worked out these projects as pilot projects, one could then “project them on a wider scale.”

Russian President Vladimir Putin thanked the senator for the proposals made. “I marked what you said. Everything is interesting. I think we will mark this in the list of instructions,” he said.

Earlier, on March 29, the Ministry of Internal Affairs reported that Russia plans to create a unified information platform for registering foreign citizens, which will include their digital profiles. The digital profile, in turn, will contain information about the legal status of a foreign citizen who has arrived in Russia, his biometric data, information about his place of residence and work, which will allow the migrant to receive government services in electronic form. In addition, the Ministry of Internal Affairs plans to introduce mandatory electronic registration of migrants, RBC reports.

The authorities will suppress attempts at conflicts between diasporas

The Russian authorities carefully and respectfully thwarted attempts to transfer interethnic conflicts from other post-Soviet countries to Russian territory and will act in the same way in the future, President Vladimir Putin said at a meeting of the Council on Interethnic Relations.

“It is impossible for us to put up with the fact that someone is trying or intends to transfer the problems that people face in their countries to the territory of the Russian Federation,” the president said. According to him, this issue concerns representatives of many republics of the former USSR – both citizens of Russia and those with the status of labor migrants who have been living in the country for many years, but “are involved in the processes that are taking place in their homeland.”

“Unfortunately, in the previous time we saw similar attempts to transfer problems in our neighboring states related to territorial disputes, with interethnic problems, to the territory of Russia,” Putin said. “Our law enforcement agencies and the authorities in general acted extremely carefully, calmly. and regards, but solved this problem. “

The head of state expressed the hope that representatives of the national and cultural public associations that exist in Russia will not lose “a sense of responsibility towards the country in which they live.” “All such attempts (conflicts. – Approx. NEWSru.com), both today and in the future, will undoubtedly be suppressed, “the president assured.

While most of the world’s hot spots are based on economic and political reasons, these conflicts tend to be provoked by ethnic and religious intolerance, he added. “We in Russia should not allow, will not allow any aggressive, disrespectful demonstration of our ethnicity towards representatives of any nationality,” the president said.

He noted that today more than 80% of Russians positively assess the state of interethnic relations in the country, but these issues require constant, daily work, since they relate to a sphere that is very sensitive for people. “Attention to the implementation of national policy, especially at the local level, should be steadfast and constant, and actions should be as delicate, tactful and correct as possible,” the head of state emphasized.

Following the meeting, Vladimir Putin included in the list of instructions “issues of tourism, support for the created ethnocultural parks and their methodological support from the federal level.”

According to him, the document will also reflect “the need to work out a proposal to create a national center for the study of the history of the Great Patriotic War, as well as a proposal on the timing of the temporary stay of minor children of foreign citizens in Russia.”

“And, of course, let’s return to the All-Russian population census and the need to unconditionally comply with the requirements of Russian laws and to prevent discrimination on the basis of social, national, linguistic and religious affiliation,” the president added.

The head of state indicated that during the meeting some other proposals were voiced, which he considers important. “I will ask the presidential administration to summarize all this and submit proposals for inclusion in the list of proposals,” Putin concluded.