Putin explained the record rise in gas prices in Europe 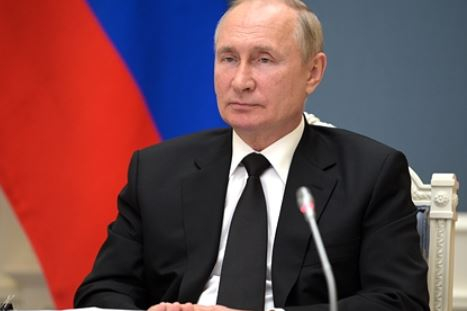 During a press conference following talks with his Belarusian counterpart Alexander Lukashenko, Russian President Vladimir Putin explained the reasons for the record rise in gas prices in Europe. His words are quoted on the Kremlin’s official website.

According to the Russian leader, the rise in prices was caused by the policy of the European regulator, which focused on exchange mechanisms in determining prices. “On the free market in Europe – $ 650 per thousand cubic meters. These clever people in the last European Commission came up with market pricing for gas. And here is the result for you, ”Putin explained.

At the same time, he pointed out, Moscow has a different approach to this issue. In Russia, the price is also tied to oil and is also regulated by the market, but “the fluctuations are much softer,” the president said.

Now, Putin continued, the states that have concluded long-term contracts for Russian gas can “rub their hands and rejoice,” because they buy it cheaper, because “Gazprom does not sell at such a price under long-term contracts and according to our pricing principle,” otherwise they would have to pay $ 650. “And Gazprom sells to Germany for 220, at least not so long ago,” concluded Vladimir Putin.

During trading on September 9, the price of October gas futures on the TTF index exceeded $ 700 per thousand cubic meters, according to the ICE Futures exchange. The cost of gas in Europe has thus broken a record.

Gas in Europe is actively growing in price against the background of a decrease in the level of reserves in underground gas storage facilities (UGS). In addition, in August, gas supplies to Europe declined for several days in a row after the accident at the Gazprom plant in Novy Urengoy, which created preconditions for a shortage of fuel and also supported the rise in prices.