Putin assessed the future of cryptocurrencies 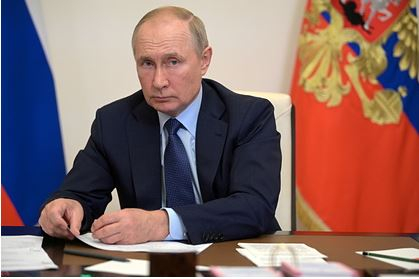 Russian President Vladimir Putin spoke about the future of cryptocurrencies. They can become means of accumulation in the future, the head of state said in an interview with the American television channel CNBC. The translation of the conversation was published on the Kremlin website.

CNBC journalist Headley Gamble asked Putin when the settlements for oil supply contracts will be carried out not in dollars, but, for example, in cryptocurrency. In turn, he assessed the prospects for cryptocurrencies. The Russian leader stressed that they can be units of account, but they are characterized by instability. Putin admitted that cryptocurrencies can be used as a “store of value”, but now it is “early”.

“In order to transfer funds from one place to another, yes, but to trade, especially to trade in energy resources, in my opinion, is still premature. It exists and as a means of calculation it can be used, of course, yes, but trading in oil, say, or other primary materials and energy sources is still, it seems to me, too early to talk about this, ”Putin stressed.

At the same time, the Russian president noted that everything in the world is developing and has the right to exist. “We see how this market fluctuates,” he concluded.

In 2020, Putin signed the law on digital financial assets (DFA) and digital currency, under which it is possible to conduct transactions with cryptocurrencies from 2021, but it is prohibited to use them as a means of payment. At the same time, CFA can become an object of pledge and purchase and sale transactions.