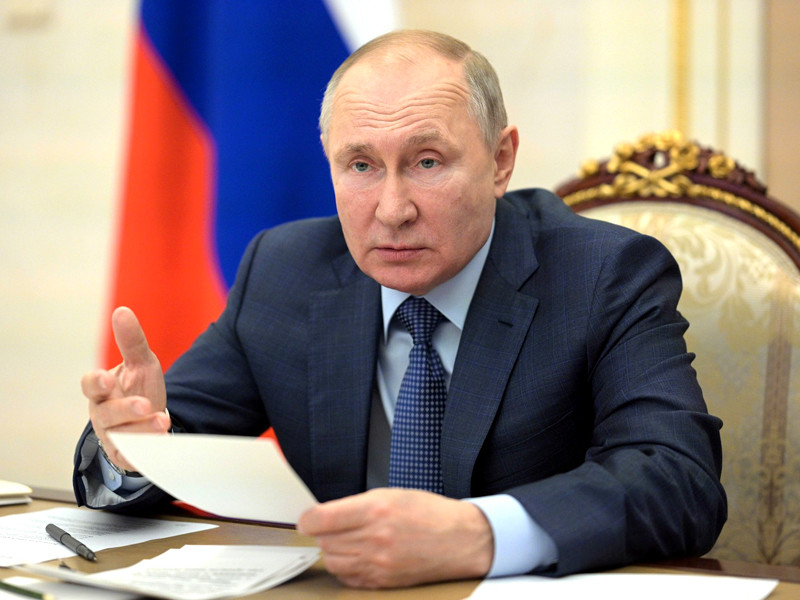 Russian President Vladimir Putin will speak at the climate summit on April 22 via videoconference, the Kremlin press service said.

“Putin will outline Russia’s approaches in the context of establishing broad international cooperation aimed at overcoming the negative consequences of global climate change,” the message says.

US President Joe Biden proposed to organize a summit to discuss climate issues on April 22-23 via videoconference. In Washington, it was reported that Biden had invited 40 world leaders to the summit, including Vladimir Putin.

On April 18, the Kremlin announced that the decision on Putin’s participation in the climate summit will be made after all the details of the event become known, Interfax reports. “Unfortunately, we began to receive answers to these questions only in recent days, and we need to carefully analyze them before a decision is made on the participation of the president,” said then the presidential press secretary Dmitry Peskov. In particular, according to him, Moscow “must first analyze the introductory statements about how it will be held, who will act, how, in what order, what will be considered the outcome, who will chair.”

China has not yet decided on its participation in the summit. At the same time, Beijing confirmed the receipt of the corresponding invitation.

Earlier, Chinese President Xi Jinping participated in a similar event with the leaders of France and Germany.

The position of the Chinese side looks the most uncompromising against the background of the Kremlin’s decision on the participation of the Russian President in the event initiated by Joseph Biden.

On Sunday, China and the United States issued a joint statement following talks held April 15-16 between China’s Climate Change Envoy Xie Zhenhua and US President’s Special Envoy for Climate Affairs John Kerry in Shanghai. The parties said they are “determined to work with each other and with other countries to combat the climate crisis, which must be addressed with all the seriousness and urgency they require,” the People’s Daily writes.

The US and China intend to “keep the average global temperature rise below 2 degrees Celsius and continue efforts to limit it to 1.5 degrees Celsius.”

Both countries “plan to take appropriate measures to maximize international investment and funding to support the transition from high-carbon fossil fuels to green, low-carbon and renewable energies in developing countries.” Also, Beijing and Washington will “phase out the production and consumption of hydrofluorocarbon”, as reflected in the Kigali Amendment to the Montreal Protocol.

Both countries intend to pursue policies aimed at decarbonizing industry and energy, including through a circular economy, energy storage and modernization of energy systems, as well as carbon capture, utilization and storage, and the development of green hydrogen energy.

In addition, Beijing and Washington are betting on the widespread use of renewable energy sources, “green” and climate-resilient agriculture, energy-efficient buildings, and “green” transport with low carbon dioxide emissions.

Both countries intend to develop cooperation in the field of solving problems with emissions of other non-CO2 greenhouse gases, such as methane.

China is one of the main sources of carbon dioxide emissions in the world. Xi Jinping announced that emissions peaked by 2035 and aimed to achieve carbon neutrality by 2060.