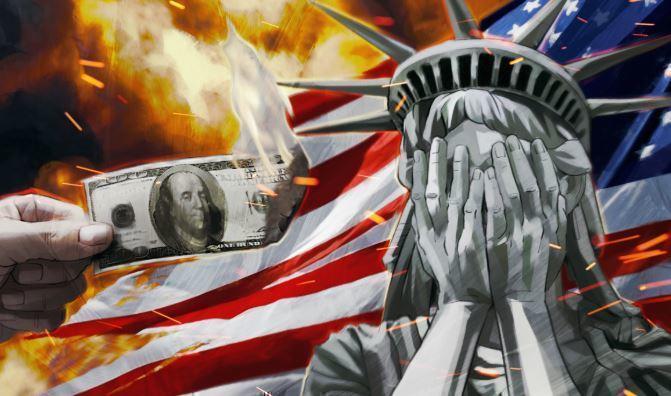 On Monday, August 3, at 14.00, an online conference was held at the press center of the Patriot Media Group on the topic “Ruble, dollar or euro - what is happening in the foreign exchange markets”. It was attended by economists, sociologists, financial analysts, journalists, officials and politicians.

The American currency fell to a record low in the past two years. This happened after the US reported a record decline in gross domestic product and a phenomenal rise in unemployment. The euro has been growing against the ruble for the last four months - now it is trading at 87 rubles.

This causes alarm among the citizens of Russia - we are very sensitive to fluctuations in the exchange rate of the national currency, which, however, does not add weight to it. And it's not about oil: it added almost 5% over the month, while the ruble has been showing negative growth for the past two months.

At the same time, financial analysts unanimously argue that in August the dollar will not cost more than 75 rubles, and a default on external or internal liabilities is impossible in the Russian Federation, since the country's gold and foreign exchange reserves fully cover the public debt and continue to grow.

Within the framework of the press conference, the possibility of a repetition of "Black Friday", the fate of the Russian currency and the extent to which Russians' fears for their financial condition are justified were discussed.

Yevgeny Kogan, President of the Moscow Partners investment group and professor at the Higher School of Economics, called August "traditionally a bad month." According to him, 40% of August was terrible from the point of view of markets (it is enough to recall only 1998 and 2008), however, from the point of view of practical benefits, one should not make claims about the “harmful month”, but understand the reasons for the “drawdown” of the ruble.

“A reasonable range of fluctuations of the national currency in relation to the American one in the current conditions is 72-75 rubles per dollar,” the professor is convinced. - At the same time, I will note that the issue of budget balancing is very important. The amount of debts of the Russian Federation is extremely insignificant, and reserves are still huge. Now we have an extremely low inflation rate, and the interest rate is steadily declining (its real value is 1.5-2%). All over the world it has already reached negative values ​​a long time ago ”.

Kogan said that currency fluctuations hit first of all "old people" who, due to the rise in prices for imported medicines, are forced to spend excessive amounts for themselves to maintain their increasingly deteriorating health.

“By the end of the year, the dollar will cost about 75-78 rubles,” the expert noted. - As for oil prices, it is impossible to predict them exactly - most likely, it will be $ 45-47 per barrel. A slow-paced recession awaits our country - but in general the Russian Federation will feel relatively good. The crisis hit the European economy the most, since it is geared towards global exports. You won't envy her now. By the way, you will not envy the Brazilian, Argentine and Turkish economies. Compared to them, everything is not so bad with us - it could be worse, believe me. "

Anatoly Aksakov, Chairman of the State Duma Committee on the Financial Market, believes that the ruble was once "over-strengthened". In his opinion, this happened due to the active operations of the Central Bank in the foreign exchange market. However, the behavior of investors is greatly influenced by the intensified anti-Russian rhetoric - and they are withdrawing capital, which affects the weakening of the national currency.

“The best ruble is not so much“ strong ”as it is stable. This is more important for business. The state of the economy depends on a strong ruble, and its rate will fluctuate depending on the cost of oil in the near future, ”the parliamentarian is sure.

According to him, Russia, like the rest of the world, from time to time turns on the "printing press" to solve momentary financial problems.

“But our country does it extremely moderately,” the deputy is convinced. - Therefore, we do not observe inflation. Payments to businesses come from reserves, and since they were already in the Central Bank, they did not in any way affect the country's financial system. In general, I believe that the government is doing everything competently, ensuring the financial stability of the state. "

Alexander Khodachek, President of the Higher School of Economics in St. Petersburg, does not support the idea of ​​"printing" additional money supply - he is sure that this will greatly harm the entire credit system of Russia. He associates the fall of the ruble against the dollar with a significant decrease in receipts from "foreign exchange sources".

“My forecast for the end of 2020: an increase in energy prices and, accordingly, a return to the March values ​​of the dollar (69-73 rubles) and euro (82-84 rubles),” the expert said. - I suggest keeping money in rubles - if the income is small, or in foreign currency - if you want to spend it sometime later. For those who have 200-300 thousand rubles in the store, it is better to just put them in the bank at 6.5-7% per annum. I do not advise taking stocks: to get a good income from them, you need to have serious money. You can wait for dividends only after a year and a half, and securities, if anyone did not know, how they grow and fall. This is a risky activity, so it is much better to put these 300 thousand in a bank and receive a guaranteed income from them. "

As for precious metals, according to Khodachek, large companies usually keep their funds in them - they need it to form joint-stock funds. It makes no sense for ordinary citizens to go into this.

Independent analyst Alexander Egorov believes that a person should keep the bulk of his financial resources in the currency that he most often uses.

“If you have plans for the future with“ abroad ”, you should pay attention to the banknotes of the country to which you are going to leave, - Egorov smiled. - But here, in Russia, it is best to keep money in rubles. As for the cryptocurrency, it is clearly not a tool not for most of our citizens. You need to understand that you can lose a lot. Anyone who deals with Bitcoin transactions at the level of a pro can afford to take risks, including with regard to security. And let's not forget that Russian legislation is not very positive about it. "

The expert noted that the situation with the American currency in the near future "is unlikely to be sad" - the US economy easily adapts to the events taking place in the world, and although the dollar is not the only international currency, it is still one of the "fundamental" along with the euro and yuan.

Timur Nigmatulin, investment manager of Otkritie Broker, confirmed fears about August: according to him, this is “the moment of the seasonal weakening of the ruble”, since currency flows during this period of the year are such that pressure on the ruble exchange rate is increasing due to the seasonal increase in demand for seasonal services such as tourism.

“If in these conditions you definitely want to lose your 300 thousand rubles earned by back-breaking work, start buying gold, currency and bitcoins,” the expert laughs. - It is unlikely that an ordinary person will succeed in making money on shares: most likely, he will simply lose money. This is not a tool for everyone, it is very risky, as any stock can eventually fall in price. I think that only about 10% of the total population of the country will be able to competently dispose of them. So my advice is to keep finances in rubles, especially if there are not so many of them. "

Psychic Daria Mironova is convinced that, despite the rapid fall of the ruble, the Russian Central Bank will do its best to restrain this process.

“To prevent the denomination of the ruble, the government will carry out a monetary reform in February 2021,” Mironova is sure. - Until the end of this year, our currency will swing very strongly: the euro will grow to 100 rubles, and the dollar - to 89. We will be most close to a large-scale crisis by the end of October-early November, but thanks to the correct policy of the state, we will quickly get out of it ” ...