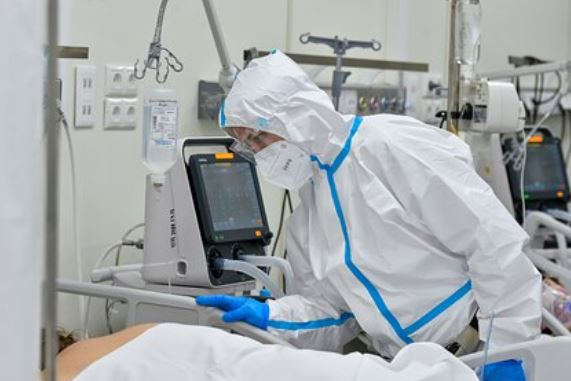 The new wife of Russian singer Prokhor Chaliapin, 42-year-old millionaire Tatyana Claudia Davis, was hospitalized after the wedding. Actors Marina Orlova and Georgy Kiryanov, who were invited to the celebration, told Express Gazeta about this.

According to Kiryanov, one of the guests was infected with COVID-19. The arrived doctors gave Tatyana a vitamin drip, but after it the woman only got worse, and the saturation (the level of oxygen in the blood) dropped to 60, while the norm was 95 percent. As Shalyapin himself told a friend, his wife was placed under a mechanical ventilation apparatus (ALV).

Speaking about the wedding itself, Marina Orlova denied rumors that the wedding of Prokhor and Tatyana could be a PR, otherwise the bride’s parents would not have been present at it. “As I understand it, this is her first wedding. And in such matters, women usually do not joke. Otherwise, everything was serious – black caviar, lobsters … “- added the actress.

The wedding of Prokhor Chaliapin and Tatiana Claudia Davis took place in one of the most expensive hotels in Las Vegas and cost about 15 million rubles. The chosen one of the Russian singer owns a network of law firms in Canada. Now Chaliapin’s wife is in the United States, where she is restoring her health after suffering a coronavirus infection.