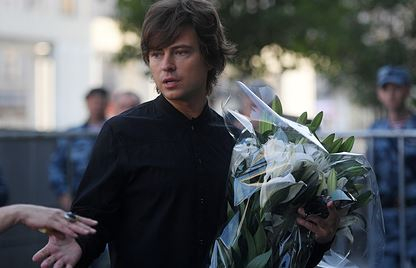 Russian singer Prokhor Chaliapin refused to return four apartments to the parents of Tatiana-Claudia Davis. He spoke about his intention to keep the real estate donated by his deceased wife live with blogger and entrepreneur Lena Lenina on Instagram.

During her lifetime, the American millionaire arranged for Chaliapin housing in Moscow worth 70 million rubles. “I’m not going to return anything to anyone. Nobody asked me for anything. They are wealthy people. Tanya left them a good legacy, and until old age they will definitely not need anything, ”the artist explained. At the same time, Chaliapin is not going to claim any other property of his late wife, since “he has no moral right to do so.”

In October, the real estate market spotted an announcement for the sale of Davis’ apartment in Ottawa, Canada. According to experts, the proposal appeared on September 24, when Chaliapin’s wife was in a coma. The object was estimated at almost 400 thousand Canadian dollars (more than 23 million rubles). The apartment has two bedrooms, two bathrooms, a spacious balcony, and there are designer items in the interior.

Prokhor Chaliapin announced the death of his wife on September 30, 2021. Davis has died from the effects of COVID-19 in the United States. She contracted the coronavirus at the beginning of the month and spent some time in a coma under a ventilator. Later it became known that due to the pandemic, Chaliapin did not have the opportunity to say goodbye to his wife.