Priluchny spoke about a heart attack after a divorce from Muceniece 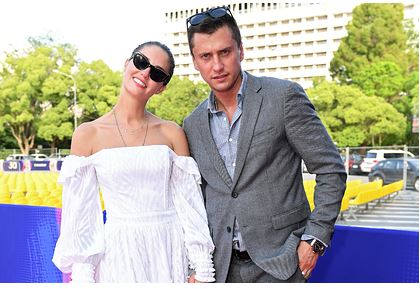 Russian actor Pavel Priluchny said that he suffered a heart attack during a divorce from his ex-wife Agatha Muceniece. He noted that two years ago he took on any projects and brought himself to exhaustion with this, writes StarHit.

Priluchny said that at that time he was filming a lot, went to work with a temperature, due to which he got sick and got “some kind of problem with the lungs.”

“Once I was driving onto the track and suddenly I realized that the left side was struck by an electric current and turned off completely. I somehow drove to the side of the road. I am trembling, I look in the mirror and see blue lips, all white myself. I called an ambulance. The doctors came and did everything quickly. My heart got a little tired, ”the artist recalled.

According to him, the heart attack occurred due to a heavy load. He worked hard to pay off loans, mortgages, and provide for his family. The actor noted that after parting with Muceniece, he does not take more than one project at a time.

Earlier, Priluchny told the truth about his relationship with his ex-wife. He said that before the couple divorced, they had not lived together for a year. Until the last moment, the couple tried to prevent family collapse and fought for happiness, including for the sake of common children, but in the end, the couple realized that this was impossible.