Prices have risen at a record in Europe 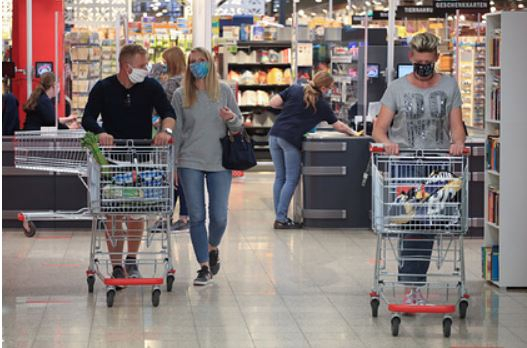 In Germany, the rate was the highest since 2008 at 3.4 percent. In Spain, prices jumped 3.3 percent, and inflation in France also hit a record high in three years. The rise in prices is associated with the rise in electricity prices in Europe, as well as with supply interruptions due to local lockdowns. High inflation is also being affected by measures to support the economy, such as a private-sector bond purchase program, which provides pandemic-hit markets with easier access to money.

The next meeting of the European Central Bank (ECB) will take place on 9 September. During the meeting, the governing council will discuss the possibility of canceling a number of incentive measures that were taken during the pandemic. The proliferation of the delta strain and the resulting supply disruptions still threaten the markets, but the skyrocketing prices make one think about a return to pre-crisis policies.

The ECB’s decision may be influenced not only by high inflation rates and a desire to slow its pace, but also by the recent comment of the US Federal Reserve System (an analogue of the central bank). On August 27, Fed Chairman Jerome Powell said he admits the possibility of abandoning stimulus this year.

The gradually recovering economy of Europe also makes it possible to return to the pre-crisis policy. In the second quarter, gross domestic product (GDP) growth in the euro area was 2 percent. Jobs also began to recover, with Eurostat reporting that employment rose 0.5 percent in the second quarter.