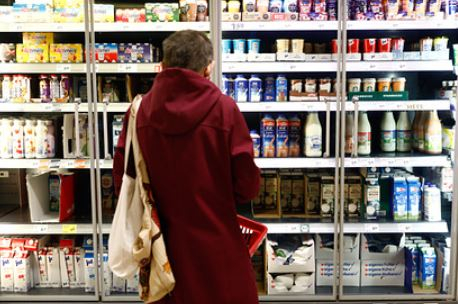 Price increases in Germany peaked in nearly three decades. According to Bloomberg, inflation in Europe’s main economy rose to 4.1 percent in September, exceeding the average estimate of economists.

The main reason for the rise in prices is the energy crisis. Electricity prices in Europe have reached historic highs amid declining gas supplies from Russia and Norway, as well as increased demand due to economic recovery. The record rise in consumer prices was fueled by supply disruptions as a result of local lockdowns that skyrocketed shipping costs.

Other European economies are also facing their highest inflation rates in ten years. For example, France’s figure was 2.7 percent. Inflation in Italy has risen by four percent. These results are well above the 2 percent target set by the European Central Bank (ECB) for achieving stability in the euro area.

Economists estimate that price increases in the European Union (EU) will accelerate to 3.3 percent in September, the highest in 13 years. Politicians insist that the surge in inflation is temporary, so the ECB is in no hurry to raise its key rate.

Nevertheless, in early September, the ECB nevertheless reduced the monetary stimulus to the economy: the monthly bond purchase program was cut from 80 billion euros to 70 billion euros. The decision to reduce the infusion of funds into the markets was influenced, among other things, by record inflation. The ECB plans to completely abandon the economic support measures taken during the pandemic in March 2022.

Gas prices in Europe set a record, reaching $ 1,098 per thousand cubic meters on September 30. Growth in comparison with the level of closing of the previous trading session amounted to 2.9 percent.