Presidential tigers turned out to be womanizers and defectors

The first tigers to receive the title of “presidential” were the pets of the Zhelundinsky seaside reserve.

In 2014, Vladimir Putin personally released Boria, Kuzya and Ilona. Today it is already known that one fled to China, the second became a father of many children, and the tigress Ilona went missing.

These cubs were picked up when they were still very young. Why they were left unattended is anyone’s guess. Someone said that tigresses were killed by poachers, and some experts do not exclude that predators abandoned their offspring – this happens quite often in the animal kingdom.

Six-month-old Ilona was the first to come out to the people, a little later the barely living brothers Borya and Kuzya fell into the hands of specialists. True, for a start, they attacked a domestic dog in the village of Yakovlevka, but the dog fought back and the frightened juvenile hunters had already rushed back into the taiga. But it was at this moment that the lonely tiger cubs became known in the reserve, where five of the same tailed orphans were already undergoing rehabilitation.

It took two years to grow them into young and beautiful carnivores. And when the time came to release the animals into the wild, President Vladimir Putin arrived in the Amur Region. It was decided that the head of state would personally release the tigers into the wild taiga, which means that the animals will have a special status. Ivan Bolotsky, Deputy Head of the Department for Wildlife Conservation of the Amur Region, explained: “The movement of tigers is recorded by a satellite. We observe, our workers come out to their places of bed and see what the animals ate, how they feel ”.

KUZYA: the incredible adventures of a bully

However, Kuzya could hardly become an exemplary spouse for his capricious girlfriend. Even as a kitten, he showed himself as the most desperate prankster, not adapted for a quiet, calm life in the circle of a tiger family.

When President Putin opened the lid of the enclosure, Kuzya did not even stop to say hello to the head of state, and rushed to freedom with all his paws. However, Russian territory was clearly not enough for him and the young predator decided to emigrate. He easily swam almost 700 meters of the Amur River, and got out of the water already on Chinese soil. Social networks immediately responded with malicious comments: “Even tigers are fleeing from Russia.”

When the biologists located the fugitive, they had to involve the Foreign Ministry. The diplomats made an official request to the Chinese authorities with a request to take under the protection of a particularly valuable animal. They happily agreed to guard the defector. Local peasants were strictly forbidden even to approach the tailed emigrant, threatening a terrible punishment from the Russian president.

Realizing that extremely hospitable people live here, Kuzya took a walk in earnest. First, he ravaged a chicken coop that fell under a hot paw, then lifted up someone’s cow, and out of an old childhood habit, he attacked a village dog. The injured owners complained to the local authorities about the lawlessness arranged by the guest, who were forced to compensate for the losses. In the end, the Chinese side even proposed tossing the carcasses of artiodactyls to Kuza in the hope that he would not touch the livestock anymore, but this option did not suit the Russian biologists. Tigers were specially trained to hunt on their own, and such handouts only kill the acquired skills of the animal. Two months later, Kuzya decided that it was still better at home, and on the ice of the already frozen Amur, he returned safely to his homeland. 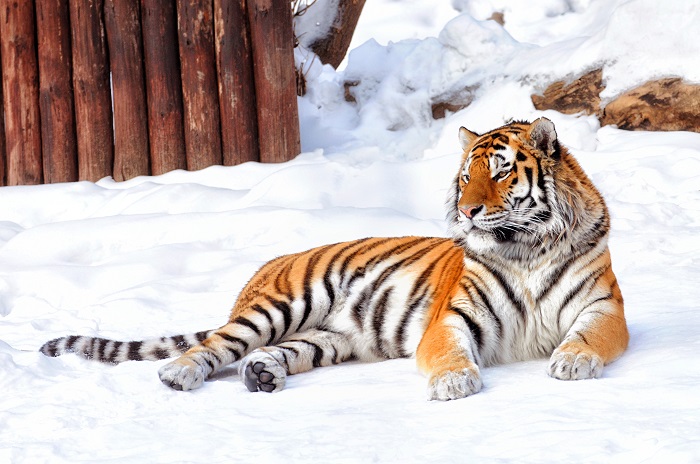 ILONA: to freedom – only by force

The confrontation between the President of Russia and the tigress Ilona lasted for more than half an hour. First, the striped young lady huddled in the farthest corner of the cage and listened attentively as the head of state persuaded her to be released.

What exactly Vladimir Putin was saying was heard only by the biologists and security guards standing nearby – everyone else was asked to leave. One of the witnesses later said that the head of state had never been so eloquent even at the most important international summits.

Then the staff of the reserve began to beat on the metal cover of the cage, waving tree branches in front of the predator’s nose, but she only growled meaningfully. They also tried to tilt the enclosure to literally shake the tigress to freedom, but even here Ilona did not give up: she clutched her claws on the plywood floor and continued to rest. In the end, Vladimir Putin got tired of these whims and left.

It was for Ilona that the scientists watched especially carefully. She wandered through the taiga for a long time, trying to choose her new home. It even seemed to biologists that she took a fancy to the Khingansky Nature Reserve, located in the Amur Region. “There have been changes in Ilona’s behavior. If during the first visit to the reserve she simply crossed its territory, now she is patrolling her site, leaving marks everywhere. This allows us to say that after long wanderings, the tigress probably chose our territory, ”the website of the Khingansky Nature Reserve reported. True, in order to settle here, she had to expel a large pack of wolves from the territory. It became clear that the “girl” was not so timid.

The presidential tigress turned out to be picky with grooms too. She easily rejected a couple of quite decent males and remained in girls for a long time, despite the fact that she had already entered puberty.

In 2016, traces of an adult male were found on the territory of the Khingansky Nature Reserve. It is possible that they were left by Kuzey – the second tiger released in 2014 by Vladimir Putin. When there was already hope that Ilona would have offspring, she disappeared. The radio collar did not give any signals, and the presidential tigress stopped hitting the camera traps. Since then, no one has heard anything about Ilona. 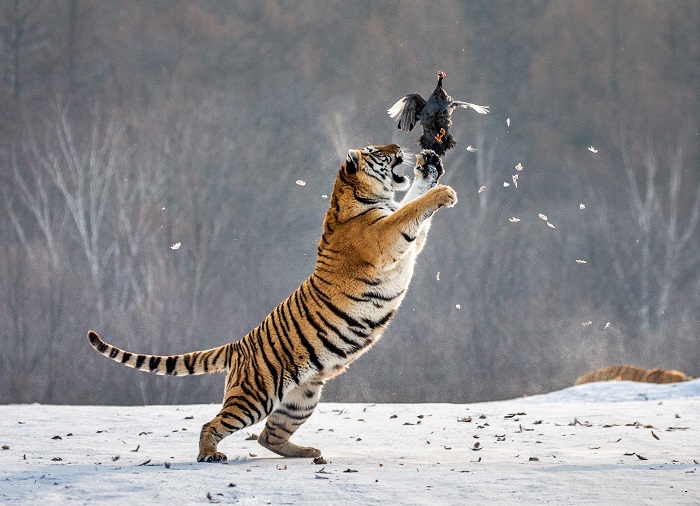 BORIS: a womanizer and a father with many children

The most famous presidential tiger is considered to be a beast named Boris. All these years, news about the life of the beast has been published by the Far Eastern media, there is always something to tell about the predator.

It turned out that at first the presidential tiger was not particularly brave and did not dare to move away from its native reserve for a long time. But he always had a weakness for the female sex and is very picky about the choice of a girlfriend. They even wrote that at one time Ilona herself looked after Boris, but the striped major refused her. Then he went to the Jewish Autonomous Region, where he met the tigress Svetlaya. The couple seemed to be doing well and even had their first kitten. But now zoologists suspect that Boris is shamelessly cheating on his girlfriend.

“We suspect that tigress Lazovka, the penultimate graduate of 2018, brought her first kitten from Boris too. And the famous tigress Philip managed to make friends with him. Boris is in excellent physical shape and regularly successfully hunts ungulates. And periodically celebrated with females. Then those cubs appear. We know for certain that there are no other males there, therefore, 99 percent of the paternity is with Boris, “the Amur Tiger Center administration reported.

This year, Boris and Svetla have grown up another offspring. It has been reliably established that one of the cubs is a male, while scientists are still in doubt about the second: they could not accurately determine the sex from the records. The young Amur tiger is named Grom. Now he is more than two years old, by this time the predators have become independent, completely cut off communication with their mother and begin to actively explore territories in search of their site. Scientists suggest that the already middle-aged Boris will be forced to give his son part of his land, which means that the presidential tiger is approaching retirement age.