A couple of months before the US presidential elections, another scandal erupted around Donald Trump. Critics have caught the headquarters of the head of the White House using images of Russian planes in the election campaign.

The caption in the picture asks the Americans to support their army. According to experts of the Politico newspaper, the planes on the poster are Russian MiG-29s of the fourth generation.

The weapons in the hands of the soldiers are also not of American production. Trump's critics believe these are AK-74 assault rifles. Analysts believe that the US president’s PR specialists took a stock image from the Web for the campaign.

The 2020 US presidential election will take place on November 3. The favorite in the race is Democratic candidate Joe Biden. According to polls by a sociologist, about half of the voters are ready to vote for him. 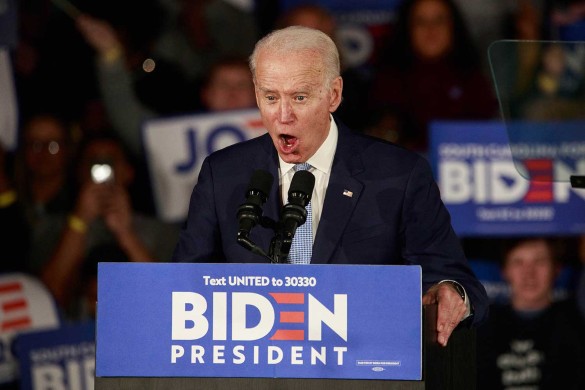 Donald Trump believes that his opponent is not ready to lead the country. If the candidate from the Democratic Party wins, the United States will face a failed foreign policy, the head of the White House believes.

According to the US President, Joe Biden is not smart enough to negotiate with the Russian and Chinese leaders. Donald Trump praised the intellectual abilities of Vladimir Putin and Xi Jinping. The Democratic candidate falls short of their level, the head of the White House said.